Egypt and Russia appear to have drawn closer since President Mohamed Morsi – Egypt's first freely elected leader – was ousted by the army in mid-2013. 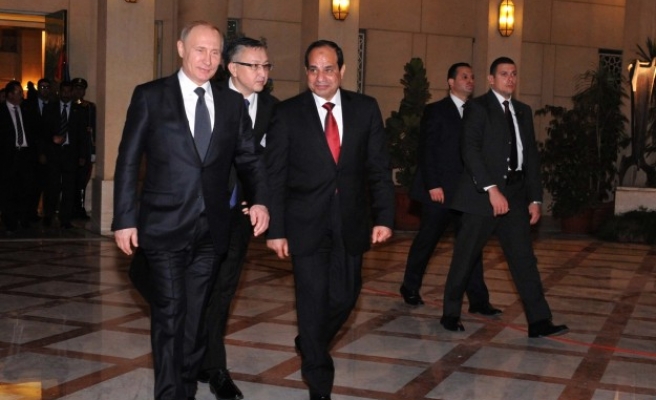 Egyptian President Abdel-Fattah al-Sisi said Tuesday that his country had signed several agreements with Russia for stepped-up cooperation in the fields of energy, trade and security.

Russia and Egypt have agreed to create a free trade zone and a Russian industrial zone near the Suez Canal. President Sisi of Egypt announced the plan at a joint news conference with Russian President Vladimir Putin.

The new canal is part of the Suez Canal Development mega project, which includes the development of several seaports in the three governorates bordering the canal – Suez, Ismailia and Port Said – in addition to a seaport in the South Sinai city of Nuweiba and the development of Sharm Al-Sheikh airport.

A number of large-scale projects are also planned including a “Technology Valley” in Ismailia which will host several technology projects along with a new industrial zone west of the Gulf of Suez.

There was more than $4.5 billion of trade between Russia and Egypt in 2014, a more than 80 percent increase on the year before, said President Putin.

At a joint press conference with Russian President Vladimir Putin, al-Sisi said the two countries had signed a memorandum of understanding to build a nuclear reactor in Egypt's northwestern Al-Dabaa region for power generation.

Agreements were also signed for Egypt to import Russian natural gas and for the establishment of a free trade zone in Egypt's eastern Ataqa region.

The two sides also agreed to step up security cooperation with a view to combatting "terrorism."

Putin arrived in Cairo on Monday for a two-day visit to Egypt – his first trip to the Arab country in a decade.

Egypt and Russia appear to have drawn closer since President Mohamed Morsi – Egypt's first freely elected leader – was ousted by the army in mid-2013.