Egypt to use ancient farming techniques

A lack of water in the desert is making Egyptian farmers turn to ancient agricultural techniques to bring dead land to life. 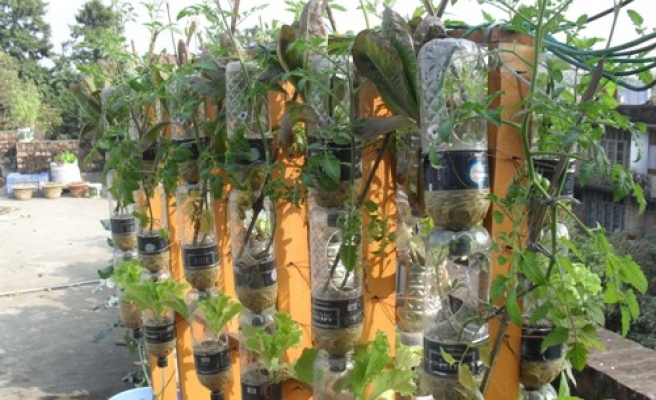 Faris Farrag, a well-known Egyptian banker, is leading an aquaponics project aimed at turning the Egyptian desert green. Farrag, who himself owns a farm in Cairo and is said to be fond of growing plants, told Al-Jazeera ‘As the price of water soars, as the price of petrol soars, and when the subsidies on farming disappear, this model makes sense.’

Aquaponics is an ancient irrigation technique which is believed to have been invented by the Aztecs which combines the commonly used aquaculture and hydroponic agricultural systems. Having studied the subject in the University of the Virgin Islands under Dr. James Rakocy, Farrag plans to introduce this technique to Egypt. The system has already been implemented in Yemen, Bangladesh and the UAE.

Dr. Ashraf Ghanem, who is a professor of water engineering at Cairo University, supported the project saying, ‘Could serve as a means of income generation for unemployed women, as well as a means of education for children of the household on principles of water saving, plant and fish biology, nutrient cycle, fluid mechanics, hydraulics, microbiology and renewable energies.’

At present Egypt is heavily dependent on the River Nile for its water, 85% of which goes to farming. However, Ethiopian plans to place a damn on the Blue Nile threatens to reroute the great river, which would be disastrous for Egypt.