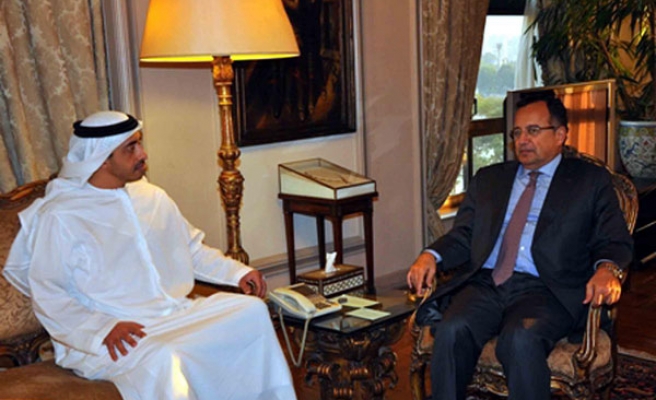 The UAE minister, who flew into Cairo from London, is expected to meet later with interim President Adly Mansour, a diplomatic source told Anadolu Agency.

It remains unclear exactly how long the UAE minister will remain in Cairo.

Sheikh Abdullah had held talks with US Secretary of State John Kerry in London yesterday on the situation in Egypt, sources said.

This is the second visit by the UAE foreign minister to Egypt since the military ousted elected President Mohamed Morsi on July 3.

On Friday, UAE Minister of State for Foreign Affairs Anwar Mohamed Gargash arrived in Cairo on a surprise visit for talks with Egyptian officials.

The UAE was among the first Arab countries to welcome Morsi's overthrow and has since pledged $3 billion in aid to support Egypt's economy during the transitional period.

The oil-rich Gulf State has said it would provide Egypt with a $1 billion grant and a $2 billion interest-free loan.