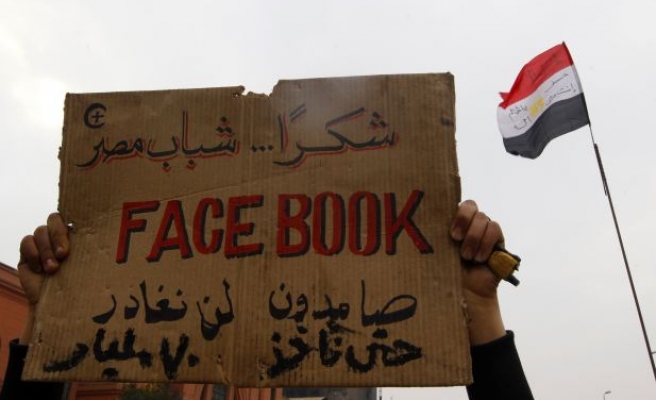 Egypt's interior ministry has asked foreign technology firms to help it monitor social media websites to prevent crime and track down attackers, officials said on Monday, another sign that the government intends to stifle all forms of dissent.

The plan was announced days after former army chief Abdel Fattah al-Sisi, the man who toppled Egypt's first freely-elected leader, won a landslide victory in a presidential election, according to provisional results.

Social media websites such as Twitter and Facebook played a vital role in the 2011 popular uprising that toppled autocrat Hosni Mubarak.

After passing a law that severely restricts protests, it appears the government may now try to scare opponents away from expressing their views on websites.

Egyptian pro-democracy activists often use the sites to take a critical look at the government, a risky move at a time when human rights groups accuse the army-backed government of stifling all forms of dissent.

Interior Minister Mohammed Ibrahim said in a statement published by the state news agency that the new project is not designed to restrict freedoms and is more about improving security.

An Interior Ministry source said the monitoring plan was put in place after it was confirmed that some elements deemed by the government to be terrorists had begun communicating through social media websites.

Critics of the government say human rights abuses have increased since Sisi ousted President Mohamed Mursi of the Muslim Brotherhood last year after mass protests against his rule.

The government has declared the Brotherhood a terrorist group. Security forces have killed hundreds of Mursi supporters and thousands have been jailed In one of the toughest crackdowns in the Brotherhood's 86-year history.

"It is natural for us to monitor terrorism threats on the internet with the help of international firms," a security source told Reuters, adding that it was normal.

"(Ordinary) monitoring of social media is no longer sufficient in light of the huge rise in usage over the past years."