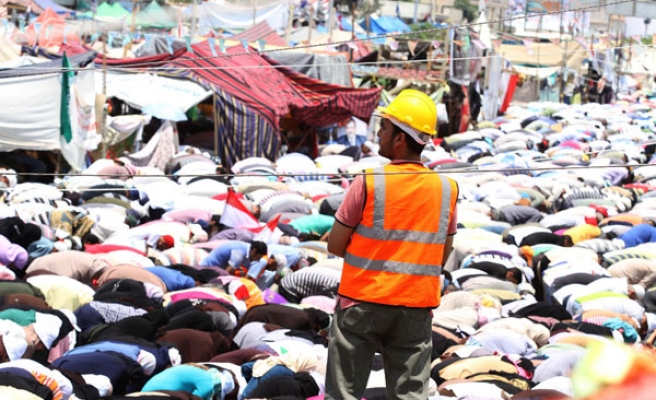 Egypt's army has deployed reinforcements in Cairo and other governorates ahead of rival mass protests by both supporters and opponents of ousted president Mohamed Morsi.

Witnesses said that 20 tanks had been deployed outside the Egyptian Museum in Cairo's Tahrir Square.

Six armored vehicles have also been stationed on nearby Qasr al-Nil Street, while barbed wire has been set up outside the street near the Giza governor's office to prevent Morsi loyalists from crossing.

In the canal city of Suez, meanwhile, the army deployed additional troops to guard the strategic waterway and Suez Canal Authority headquarters. Security checkpoints have also been set up around the city.

Mass Friday protests are planned by both supporters and opponents of Morsi, who was removed from power by the powerful military on July 3 after mass demonstrations against his rule.

The army has since suspended the constitution and named Adly Mansour, the head of Egypt's constitutional court, as interim president.

The National Alliance for the Defense of Legitimacy, a coalition of largely Islamist parties and groups including the Muslim Brotherhood, has called on Egyptians to join the pro-Morsi rallies to denounce what it describes as a "military coup" and demand the deposed president's reinstatement.

Morsi's opponents, meanwhile, have called for demonstrations in Cairo's Tahrir Square and outside the Ittihadiya presidential palace to reaffirm their support for an army-imposed roadmap for Egypt's current transitional phase.

The army has warned that anyone who resorts to violence in Friday's protests will "put his life in danger" and will be dealt with decisively in accordance with the law.