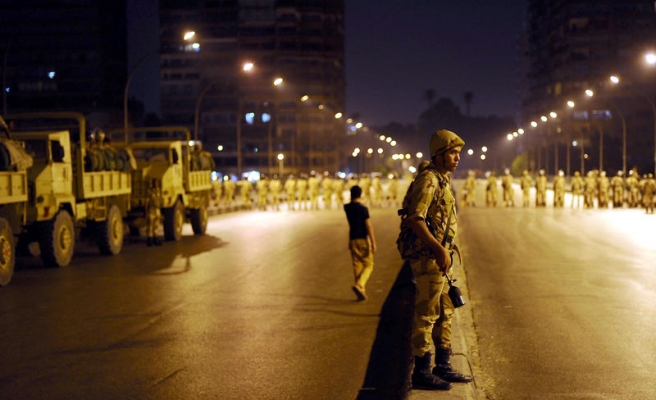 The Egyptian army has imposed a curfew in Sheikh Zuweid city in North Sinai Governorate from 21:00 p.m. Friday until 6:00 a.m. Saturday.

The army made the announcement over loudspeakers mounted on army vehicles as well as mosque loudspeakers, according to an Anadolu Agency correspondent.

The announcement came after five police and army personnel were killed in separate attacks by unidentified gunmen in the North Sinai Governorate on Friday.

Two police officers were killed in a drive-by shooting by unknown gunmen in Al-Masaa'eed in the North Sinai capital city of Arish, the sources said.

Two policemen were shot dead by unidentified gunmen in the el-Obour area of Arish, said a security source, adding that the attackers escaped the scene following the assault.

Earlier in the day, an army recruit was killed and 6 others were injured in attacks on Arish Airport, a police station and six military checkpoints in Rafah city.

No group claimed responsibility for the attacks and it is not clear whether the attacks are linked to the overthrow of President Mohammad Morsi.