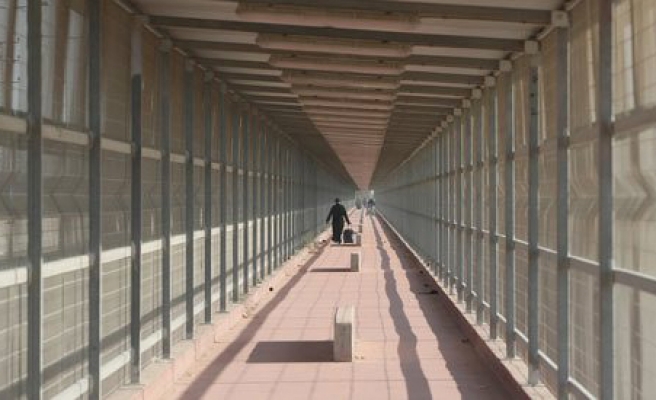 Egyptian authorities on Thursday announced plans to open the Rafah border crossing for three days early next week, according to the Ramallah-based General Authority for Civil Affairs.

"We were informed by the Egyptian side that they would open the Rafah crossing -- in both directions -- for three days starting Nov. 25," Hussein al-Sheikh, head of the authority, said.

The crossing is currently run by the Ramallah-based Palestinian unity government, which took over responsibility for the Gaza Strip’s border crossings earlier this month from Hamas.

The move was part of an Egypt-sponsored reconciliation agreement between Hamas and Fatah signed on Oct. 12 in Cairo.

The Egyptian authorities opened the crossing for three days earlier this week.

The Egyptian authorities have kept the crossing closed for the most part since mid-2013, opening it only sporadically for humanitarian cases.