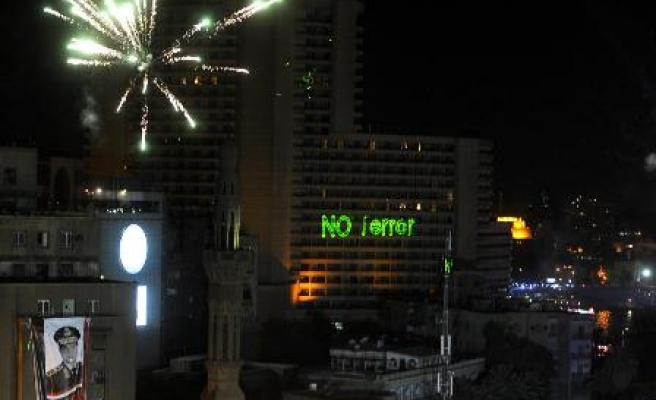 About 28 Egyptian state and private channels have dedicated their airtime Friday to cover mass rallies by supporters of army chief Gen. Abdel Fattah al-Sisi's call for a popular mandate to "confront violence and terrorism."

Marches and protests by supporters of ousted President Mohamed Morsi were largely ignored by the same channels.

State-run and privately-owned channels cancelled their Ramadan programing, which features soap operas and religious shows to cover the pro-army rallies.

"Egypt against terrorism," was the coverage theme of the privately-owned Dream channel.

Al-Sisi, who is also Egypt's defense minister, has urged Egyptians to take to the streets on Friday to give him mandate to "confront violence".

The channels, however, did not cover the recent massacre in which security forces opened fire on anti-coup and pro-Morsi protestors at Rabaa al-Adawiya, killing 120 people and injuring 4500, according to the figures given by the Sahra Hospital.

Egyptians had to access news of the massacre from channels such as Al-Jazeera.

Egyptian channels had been ignoring the pro-Morsi protests, broadcasting only short shots from Rabaa Al-Adawiya Square, where thousands of Morsi supporters have been camped out for almost four weeks.

Morsi supporters are staging rallies on Friday to denounce the military coup against the elected president and demand his reinstatement.

Egypt has been in the throes of a political crisis since the powerful military ousted Morsi on July 3 after mass protests against his regime.

Since then, Morsi loyalists have been staging daily demonstrations and sit-in to defend his democratic legitimacy and demand his reinstatement.

Al-Biblawi was surrounded by protesters who tried to shake hands with him.