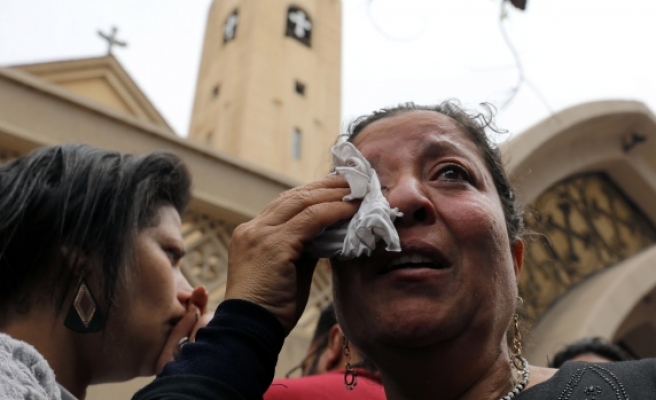 According to Ministry of Endowment officials, all mosques, including Al Azhar, held prayers for the fallen in the afternoon.

Meanwhile, all Coptic Orthodox churches across the country rang their bells in the afternoon to show solidarity, according to a statement by the Egyptian church.

“Bells rang out in solidarity with our brothers who lost their lives, their families, and the injured in the al-Rawda Mosque,” the statement said.

Egyptian President Abdel-Fattah al-Sisi ordered that a memorial to the victims be built.

On Friday, attackers bombed a mosque in the town of Bir al-Abed in North Sinai before opening fire on fleeing worshippers. A total of 305 people were killed in the attack, according to the latest official figures.

No group has yet claimed responsibility for the attack, the deadliest in Egypt’s modern memory.

The Sinai Peninsula has been the epicenter of a militant insurgency since mid-2013, when the army ousted Mohamed Morsi, Egypt’s first freely elected president, in a coup.

Hundreds of security forces and civilians have been killed in the insurgency, which has been largely confined to the desert region.