The court found the doctor guilty of "rioting" inside a state hospital where she works and membership in a "terrorist" group. 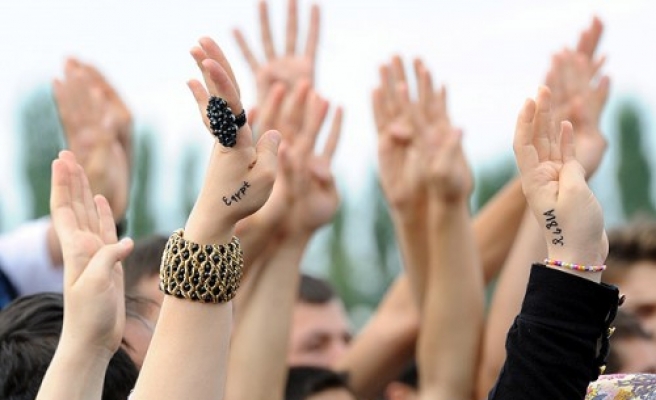 World Bulletin / News Desk
A court in the Nile Delta province of Daqahliya on Sunday slapped a two-year jail term against a female Egyptian doctor for wearing a pin of the four-finger Rabia sign that commemorates demonstrators killed in mid-August.

The court found the doctor, Mervat Galilah, guilty of "rioting" inside a state hospital where she works and membership in a "terrorist" group, a reference to the Muslim Brotherhood of ousted president Mohamed Morsi.

"The verdict came as a shock to all of us," the doctor's wife, Essam Ezzat, told Anadolu Agency.

He said the lawyers have already appealed the sentence.

Ezzat denied accusations of his wife's membership in the Brotherhood, which the army-installed interim government has recently designated as a terrorist group.

He insisted that his wife wore the Rabia pin in memory of a fellow doctor killed during the bloody dispersal of the sit-in.