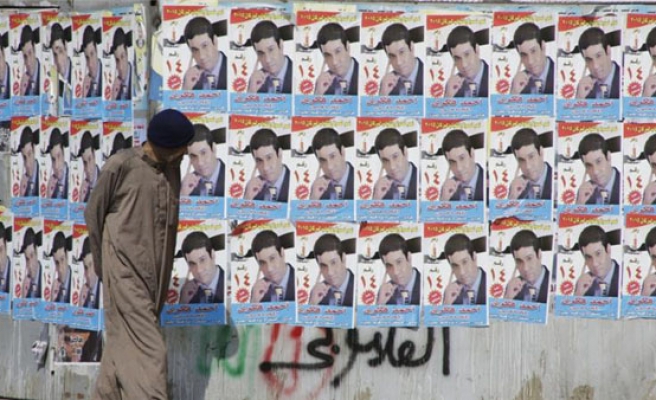 Egyptians living abroad began to vote in the country's parliamentary election Saturday, the first since the 2013 ouster of elected President Mohamed Morsi.

Expatriates in 139 countries will cast their ballot for two days to elect members of the new parliament.

The vote will not be held in four countries; Yemen, Syria, Libya and the Central African Republican, due to violence and political turmoil there.

More than 55 million Egyptians are eligible to elect 448 candidates for individual seats and 120 for lists.

There are an estimated eight million Egyptians abroad, nearly 682,000 of whom are eligible to vote.

The polls are the first since the army deposed Morsi, Egypt's first freely elected civilian president, in a 2013 coup.

The vote marks the final step of a political "roadmap" imposed by the army following Morsi's overthrow.

The army’s roadmap also included a constitutional referendum and a presidential election, the latter of which brought incumbent President Abdel-Fattah al-Sisi – a former army chief who ousted Morsi – to power.

The now-outlawed Muslim Brotherhood group had swept the last parliamentary election in 2011 following the ouster of autocrat Hosni Mubarak in a popular revolution. The assembly, however, was dissolved by Egyptian authorities in 2012, citing flawed electoral laws.

Critics of the Egyptian regime say the polls are being held in the absence of a genuine opposition.

Since Morsi's overthrow, Egyptian authorities have launched a harsh crackdown on dissent, killing hundreds of supporters of Morsi and his Muslim Brotherhood group. Hundreds of opponents have also been held behind bars.