Egyptian forces fail to start operation due to 'crowds'

One security source said action against the protesters had been delayed because larger crowds had arrived at the protest camps after news broke that a crackdown was imminent. 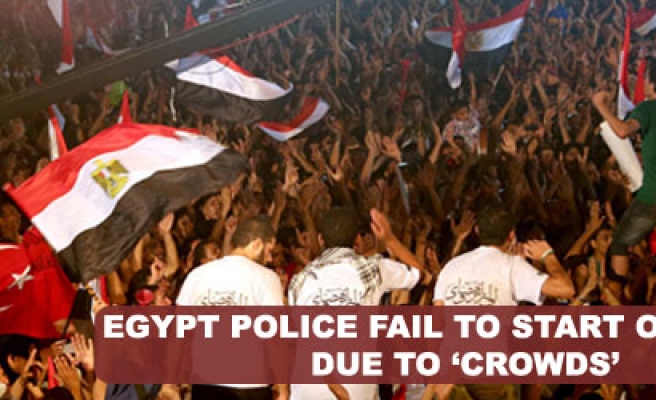 Egyptian security forces held off on Monday from launching operations to disperse  supporters of deposed President Mohamed Morsi that officials had said would start at dawn.

Security sources and a government official had said police would take initial action against Muslim Brotherhood sit-ins in two areas of Cairo early on Monday to end a six-week street standoff between crowds demanding Morsi's reinstatement and the government installed after the army toppled him on July 3.

It was not clear whether police would start a risky and potentially bloody confrontation with thousands of supporters of Egypt's first democratically elected president later in the day.

Western and Arab envoys and some senior Egyptian government officials have been pressing the army to avoid using force in any attempt to lance a crisis that has festered for weeks in the deeply divided Arab country of 84 million people.

One security source said action against the protesters had been delayed because larger crowds had arrived at the protest camps after news broke that a crackdown was imminent.

Army chief General Abdel Fattah al-Sisi, who ousted Morsi, has come under pressure from hardline military officers to break up the Brotherhood sit-ins in the capital, security sources say.

Almost 300 people have been killed in political violence since Morsi's overthrow, including dozens of Mursi supporters shot dead by security forces in two incidents.

Everything is getting complicated... It seems like Egypt going to face worse steps in the following near future...