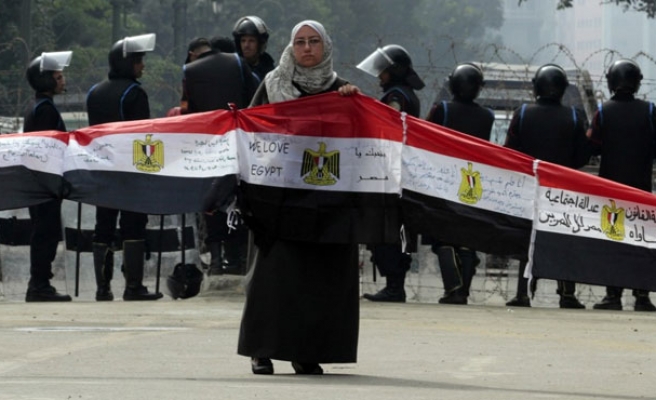 An Egyptian student was killed on Friday during the protests in the Mediterranean city of Alexandria, a local Health Ministry official said.

The Freedom and Justice Party, the political wing of the outlawed Brotherhood, identified the dead woman on its Facebook page as 17-year-old Sondos Rida Abu Bakr and accused security forces of shooting her during a demonstration.

Human rights activists say a law restricting protests and other security legislation have rolled back freedoms won in the 2011 uprising. The government says it is committed to democracy.

Activists, including many who supported Mursi's removal, have been jailed, with many facing trial for taking part in small protests.

Sisi said this week Egyptians had the right to protest but cautioned that demonstrating could harm the economy.