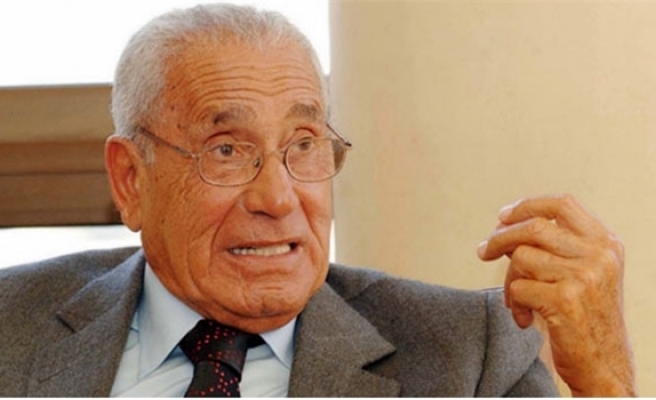 Heikal served as editor-in-chief of state-owned daily Al-Ahram from 1957 to 1974, and under his tenure it was considered the region's newspaper of record.

He had been ill for three weeks, and suffered fluid in his lungs and kidney failure.

Heikal, who was born in the Nile Delta province of Qalubiya on September 23, 1923, authored more than 10 books on the conflicts and political intrigues of the region.

He was a close associate of Nasser, who ruled Egypt from 1954 until his death in 1970, serving as his information minister and for a brief period of two weeks also as his foreign minister.

He initially backed Nasser's successor Anwar Al-Sadat, but was jailed in September 1981 after falling out with the president, who signed the first Arab peace treaty with Israel.

He took to the sidelines during Hosni Mubarak's three-decade rule, but would sometimes give interviews.

Speaking to British newspaper The Independent in 2007, he criticised the autocrat, who was toppled in a popular uprising four years later.

"Let us face it, that man was never adjusted to politics," he said of the former general, who succeeded Sadat after his assassination in 1981.

In December 2015, Heikal called on President Abdel Fattah al-Sisi to hold a political dialogue to tackle the country's crises, ranging from an economic downturn to militant attacks and political unrest.

Sisi, the former military chief, had overthrown the first ever democratically elected president Mohamed Morsi in 2013, unleashing a bloody crackdown on his supporters.

"There are many people who accept what is happening, because the alternatives are bad, and they have experienced the alternatives," Heikal said in an interview with an Egyptian television host.

But "there has to be a dialogue between all national forces...with representatives," he said.

A statement from Sisi's office eulogised Heikal as having "enriched Egyptian and Arab journalism with his writings."