Palestinian delegate Mahmoud al-Zahar said Israel must not be given any pretext "to escape from commitments" of an Aug. 26 truce 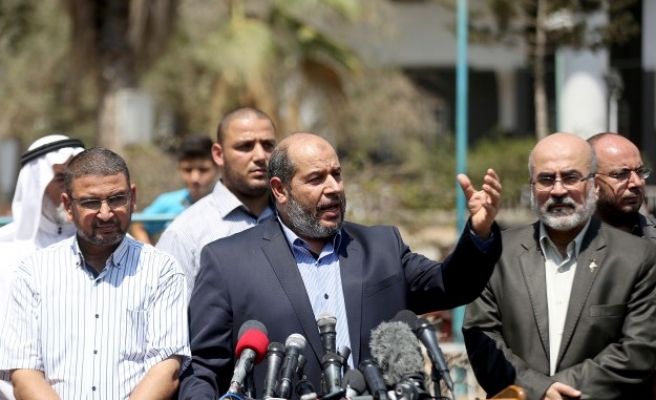 Israel and the Palestinians agreed on Tuesday to resume talks late next month on cementing a Gaza ceasefire, allowing time for Palestinian factions to resolve internal differences which could threaten the Egyptian-mediated negotiations.

Tuesday's meetings began in Cairo around noon under the leadership of Egyptian intelligence, having been delayed for almost three hours while Palestinian factions discussed whether to withdraw in protest over Israel's killing of two Hamas members in Hebron hours before the talks were set to begin.

The Palestinian delegation condemned the killing in Hebron earlier on Tuesday of two Palestinians who Israel said had shot dead three Israeli youths in June.

But Palestinian delegate Mahmoud al-Zahar said Israel must not be given any pretext "to escape from commitments" of an Aug. 26 truce that called for talks within a month to make longer-term border arrangements for the blockaded Gaza Strip.

"After consultations within the Palestinian delegation and brothers in Gaza and abroad, it was decided to continue the Cairo meetings," he told Reuters.

Fifty days of conflict between Hamas and Israel left devastation in some Gaza districts. More than 2,100 Palestinians, most of them civilians, were killed in the fighting, according to the Gaza health ministry.

Palestinian delegates said Tuesday's meetings were intended to set the tone for wider negotiations that will take place in late October, after the end of upcoming Jewish and Muslim religious holidays.

"Each side proposed the headline files that it wants to include on the timetable of future negotiations," Hamas official Izzat Risheq said in a statement on his Facebook page shortly after the meetings ended. "It was agreed (the talks) would be resumed in the last week of October".

Risheq said Palestinian negotiators had pressed for the construction of air and sea ports in Gaza and for an end to punitive measures imposed on the West Bank since June, including the release of Hamas prisoners.

The Israeli delegation left Cairo early on Tuesday evening without making any comments.

Efforts to turn the ceasefire into a lasting truce could prove difficult, however, with the sides far apart on their central demands. At the same time, divisions among the Palestinians themselves could make it harder to secure a deal.

Egypt will host separate two-day talks beginning on Wednesday aimed at mending a rift between Hamas and Palestinian President Mahmoud Abbas' Fatah faction over a range of key issues including control of Gaza.

The ceasefire struck last month to end the Gaza war included stipulations that the Palestinian Authority, led by Abbas, should take over civil administration in Gaza from Hamas.

But a dispute over the Palestinian Authority's non-payment of salaries to Gaza's public sector workers has raised tensions between the two main Palestinian factions to near-breaking point, raising the risk of a return to conflict.

Ahmed said in a statement that as well as control of Gaza, Fatah wants decisions related to war and peace to be taken at the national level rather than by individual factions.

This thorny issue will not be easy to resolve and could undermine any broader deal with Israel.

"We cannot take one step forward because all the issues related to Gaza, especially after the war, cannot be resolved except with national unity... and the presence of a government that represents the recognised national authority, and this includes the ending of the blockade," Ahmed said.