The National Salvation Front (NSF) has called for an immediate, independent, judicial probe into what happened near Rab'a al-Adaweya Square in the early hours of Saturday 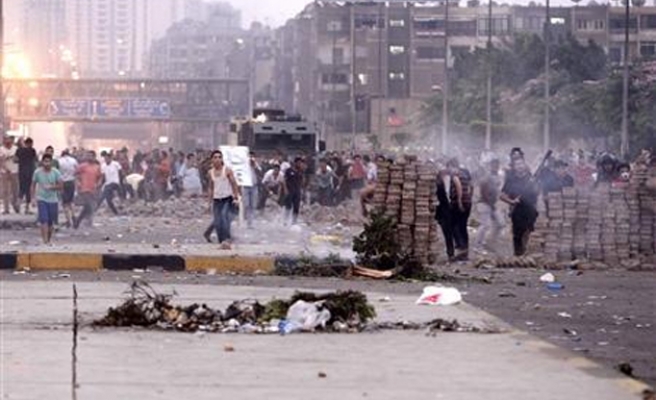 The National Salvation Front (NSF) has called for an immediate, independent, judicial probe into what happened near Rab'a al-Adaweya Square in the early hours of Saturday, which left dozens of ousted president Mohamed Morsi's supporters killed and thousands injured.

"The Front deeply regrets the killing of this great number of Egyptian citizens in these events," the NSF said in a statement obtained by Anadolu Agency.

"The absolute priority of the state and all political parties should be to protect innocent lives and respect basic human rights, chiefly the right to life."

The Health Ministry said at least 80 people were killed nationwide in Friday's protests by supporters and opponents of ousted President Mohamed Morsi, including 75 near Cairo's Rab'a al-Adaweya Square.

"The Front demands an immediate, independent, judicial fact-finding committee to investigate what happened, and based on this report all those responsible should be held accountable."

The NSF scolded the Muslim Brotherhood, accusing the group of inciting violence and exaggerating the numbers of those killed and wounded to further enflame the situation.

Morsi, Egypt's first democratically elected head of state, was overthrown by the army on July 3 after mass demonstrations against his regime.

Since then, his supporters have been staging daily protests and sit-ins to denounce what they call the "military coup" against the elected president.

Many of them have been camping out in Rab'a al-Adaweya Square in Cairo for a month.