Plain-clothed individuals are also seen standing with policemen near the area where demonstrators are protesting the army's overthrow of Morsi. 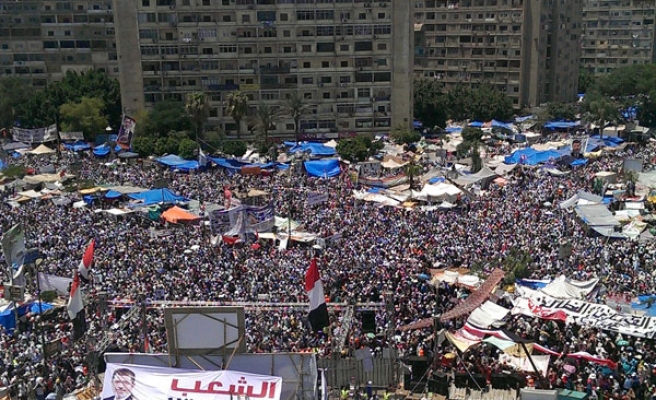 Egyptian police on Friday redeployed forces in the vicinity of Rab'a al-Adaweya Square, the site of a round-the-clock vigil by supporters of ousted President Mohamed Morsi.

According to an Anadolu Agency correspondent, police vehicles are seen stationed in areas close to the protest site.

Plain-clothed individuals are also seen standing with policemen near the area.

On Thursday, the Interior Ministry – which controls Egypt's police apparatus – urged Morsi supporters in Rab'a al-Adaweya Square in eastern Cairo and Giza's Nahda Square to leave their sit-ins "quickly" in order to ensure their safety.

"We call on protesters in Rab'a al-Adaweya and Nahda squares to listen to reason to serve the best interests of the homeland and leave their sit-ins quickly to ensure the safety of all parties," the ministry declared in a statement.