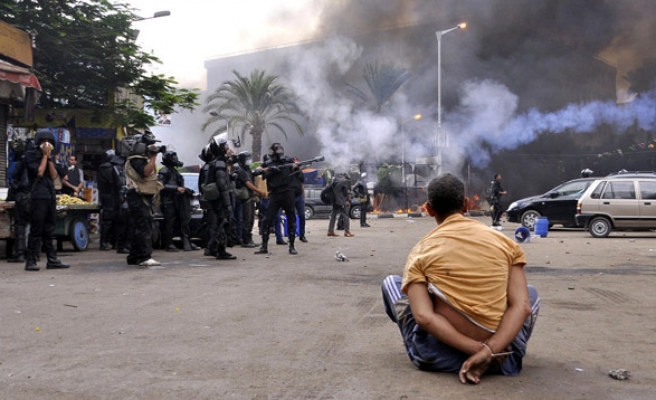 Agents of Egypt's National Security and Public Security Services are targeting leaders of the Brotherhood's administrative offices on charges of inciting violence, they added.

The sources gave no further details.

Administrative officers are considered the link between top Muslim Brotherhood leaders and the group's grassroots cadres. They are also responsible for organizing the group's activities.

Two other Brotherhood members, including the secretary-general of the group's Freedom and Justice Party (FJP), were detained in the Upper Egyptian Assiut province.

Pro-Morsi demonstrators are staging a fresh wave of rallies today in several Egyptian cities to protest Wednesday's violent dispersal of their two main protests sites in Cairo and Giza.

"Our revolution is peaceful; we will continue to mobilize without violence or sabotage," the National Alliance for the Defense of Legitimacy, a pro-Morsi coalition of largely Islamist parties and figures, said in a Friday statement.