New powers granted to the dean will allow him to expel students and staff for participating in anti-government protests. 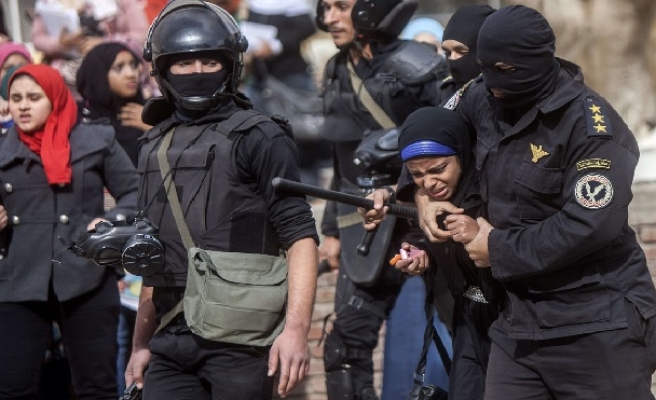 Egypt has moved to close down one of the last bastions of Muslim Brotherhood dissent with sweeping new rules to curtail protest at Al Azhar University, among the world's most venerable centres of Islamic learning.

The Egyptian government has given the dean of Cairo's famous Al-Azhar University the right to expel students and staff who participate in protests against the country's post-coup regime.

The new powers granted to the dean will allow him to expel students not only for participating in protests, but to expel those who are found at violent confrontations with anything that could potentially be used to cut or dig, or anything that could cause the university any kind of financial loss.

As for university staff, they may be dismissed for “unsuitable actions.”

An Egyptian court on Wednesday convicted 16 student supporters of ousted president Mohamed Morsi of rioting, a judicial source has said.

According to the source, the court found the students – ten males and six females – guilty of rioting at Al-Azhar University in eastern Cairo in January.

Meanwhile, Egypt's prosecutor-general ordered the release of 116 students and minors arrested earlier on charges of taking part in illegal protests in order to "preserve their academic future."

The prosecutor-general did not, however, state the political affiliations of the released students or the cases they were involved in, merely saying the decision had been made on the occasion of the start of the new school year, which will begin within days.

Throughout the previous academic year, which began two months after the ouster and imprisonment of elected president Mohamed Morsi, many Egyptian universities became epicenters of protest against the "military coup."

A number of pro-Morsi student demonstrations turned into deadly confrontations with security forces.

Over the course of the last year, numerous students have been thrown in jail for participating in demonstrations, while university administrations have expelled many others or barred them from sitting for final exams.

The law means university campuses are among the last remaining spaces in Egypt where dissent can be expressed.

But fearing another year of unrest, some colleges are banning students from expressing partisan loyalties on campus.

"We always said: You must remove your party cloak at the university gate because it is a place of learning. But regrettably, since the January 25 revolution it has been transformed into a space for political battles," the head of Cairo University, Jaber Nassar, told Al Masry Al Youm newspaper.

"But our decision will be imposed on those who oppose the authorities and those who support them, without exception."

Morsi himself currently faces four separate trials in which he faces multiple criminal charges, including espionage, jailbreak and "offending the judiciary."

Former army chief Abdel-Fattah al-Sisi, widely seen as the architect of Morsi's ouster, was declared winner of a presidential poll conducted in May.