Egypt's al-Sisi will not seek third term as president

A former army general, al-Sisi came to power in 2014 election one year after bloody military coup 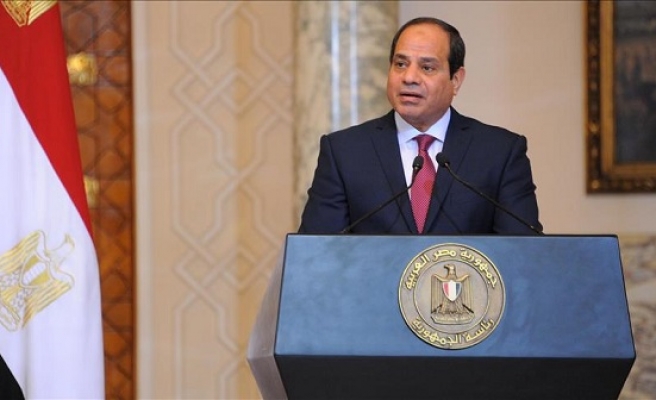 Egyptian President Abdel-Fattah al-Sisi has said he would not seek a third term as president in elections slated for 2022, according to an interview conducted this week with U.S. television network CNBC.

In the interview, al-Sisi says he respects Egypt’s constitution, which limits the president’s number of terms in office to two -- an assertion that suggests his intention to run for a second term in polls planned for next year.

He also said he has no desire to amend the constitution in this regard.

"It doesn't suit me as a president to stay on one more day against the will of the Egyptian people,” he said in the interview.

“This isn’t just talk for the television cameras; these are principles that I hold dear," al-Sisi told CNBC.

In recent months, Egypt has seen several calls in parliament for constitutional changes that would bolster the powers of the president, who has the legal right to amend constitutional articles.

Al-Sisi went on to say the next presidential election would likely take place in March or April of next year, although he did not explicitly say whether or not he planned to run for a second term.

According to Egypt’s national charter, fresh presidential polls must be held at least 120 days before the end of the current presidential term, which typically falls in January or February.

Official poll results must be announced at least 30 days before the end of the president’s term.

In another interview published Tuesday by Saudi daily Asharq Al-Awsat, al-Sisi answered a question regarding his possible candidacy in the upcoming election, saying: “The [Egyptian] people will decide on this matter.”

Recent weeks have seen the launch of a signature campaign -- supported by both state-run and private media outlets -- to urge al-Sisi to run for a second term.

A former army general, al-Sisi came to power in a presidential election held in 2014.

He played a leading role in Egypt’s 2013 military coup, which saw the ouster and imprisonment of the country’s first freely elected leader, Mohamed Morsi.