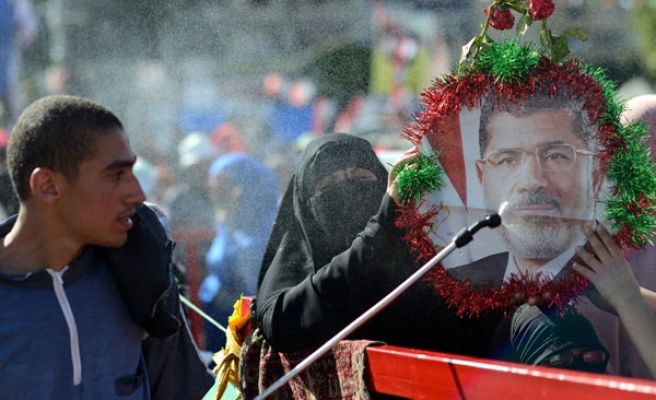 Two people were arrested when military personnel dispersed a labor protest in the canal city of Suez on Monday, a union leader said.

Thousands of Suez Steel workers have been holding a sit-in for over two weeks inside the company's headquarters to demand the reinstatement of 14 colleagues sacked for demanding overdue incentives and bonuses, Saud Omar, a member of Egypt's Federation of Independent Labor Unions in Suez, told Anadolu Agency.

Army troops arrived at the scene on Monday morning and urged workers to end their strike and resume work at the company's steel factory.

In protest against the army's interference, workers attempted to block a road linking Suez to the nearby port city of Ain al-Sukhna.

According to Omar, army troops eventually managed to forcibly break up the protest, arresting two labor leaders in the process.

In a statement, the federation denounced the army's forcible dispersal of the sit-in, calling on Egypt's manpower minister to "intervene to end this ordeal, which has silenced laborers' voices and taken them back to the years of suppression."

Leading federation member Mohamed Said also condemned the army's use of force to disperse protesters, stressing that striking workers would "never give up" until their grievances were addressed.

"If this crisis isn't resolved, we will find ourselves on the verge of a labor revolution," he said. "Security responses never work to resolve labor issues, which should be addressed far from police and army interference."