The Ministry of Electricity has denied responsibility for a Sunday power outage at Cairo's Rabaa al-Adawiya Square. 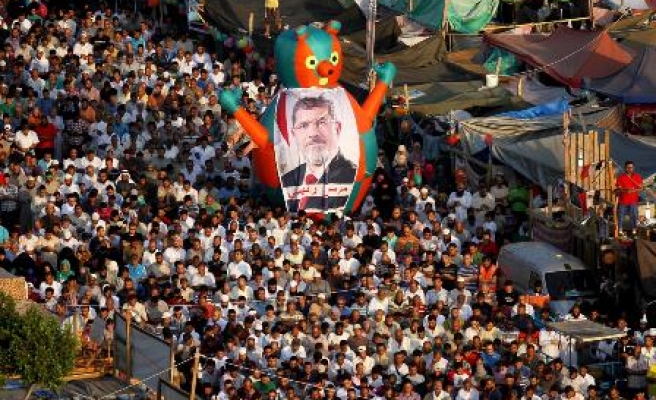 The Ministry of Electricity has denied responsibility for a Sunday power outage at Cairo's Rabaa al-Adawiya Square, the site of a six-week-old sit-in by supporters of deposed president Mohamed Morsi.

"We are committed to providing electricity to all currents of the Egyptian public, regardless of their political affiliations," ministry spokesman Aktham Abul Ela told Anadolu Agency.

"Electricity companies are not involved in political disputes," he added.

Early on Sunday, electricity was cut for three hours in the tent-city that has sprung up in the square, triggering fears among protesters of a looming security operation aimed at dispersing the sit-in.

The ministry spokesman, for his part, attributed the outage to technical reasons.

"The problem was repaired 55 minutes later and electricity returned to the area," he said.

Ever since his July 3 ouster by the army following mass protests against him, Morsi supporters have been staging daily rallies and sit-ins to denounce what they call the "military coup" against the elected leader and demand his reinstatement.

On Wednesday, interim Prime Minister Hazem al-Beblawi said the government would not retreat from its stated plan to break up the two demonstrations.