The former grand mufti of Egypt, Ali Gomaa, has defended the military coup in Egypt while making some quite extraordinary statements. 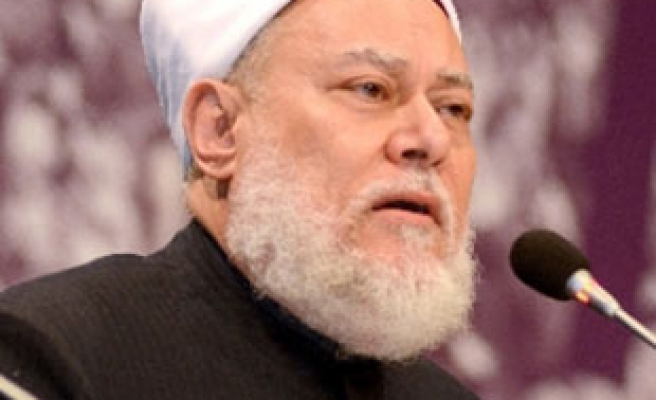 During his speech, he referred to those who resisted the coup as ‘Kharijites’ (a group of rebels who have strayed from the true message of Islam) and said that spilling their blood was permissible.

‘Hit them as hard as you can. Do not let your soldiers die at the hands of these Kharijites. Have no fear, religion is with you, Allah is with you, His messenger is with you, the believers and the people are with you. Paradise is for those who kill them. They do not deserve Egypt and we are ashamed to call them Egyptians. We need to clean our country of this shame. It emits a bad smell both inwards and outwards. Our prophet warned us of people like this,’ he said.

On the subject of the former president Mohammed Morsi, he said: ‘They talk of legitimacy. What legitimacy? According to Islamic jurisprudence a jailed leader has no legitimacy. If he had any legitimacy in any case, his prosecution will end his doubtful legitimacy.’

A source within Al-Azhar University, however, said that the army may have frightened Ali Gomaa into saying these words, as he fears that the army will assassinate him and blame it on the Muslim Brotherhood. A Jordanian political analyst, Yasir Zaatira, mentioned that the Egyptian army may kill Ali Gomaa and blame it on their enemies, the same way the Syrian authorities killed Imam Ramadan Buti and blamed it on anti-government forces.

Zaatira also went on to say that the release of this video to the public was to call the people to violence. The meeting in which Ali Gomaa was filmed speaking is believed to have taken place on 18 August 2013, just four days after the army fired on protestors in Cairo. According to the Muslim Brotherhood, 2,600 people were killed.