"After the revolutions of January 25 and June 30, we want to open a new leaf with all parties without grudge, hatred or division," Mansour said 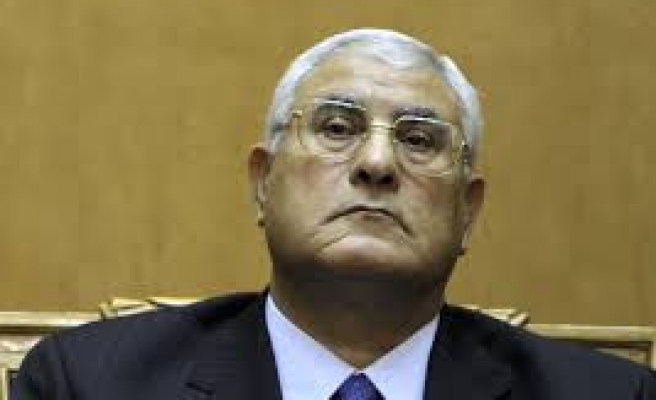 Egypt's interim President Adly Mansour has called for reconciliation and ending divisions in the wake of the ouster of elected President Mohamed Morsi.

"After the revolutions of January 25 and June 30, we want to open a new leaf with all parties without grudge, hatred or division," Mansour said in a speech to the nation on the 61th anniversary of the 1952 revolution.

"It's high time for reconciliation and building," he added.

Egypt has been in a state of turmoil since the army removed Morsi, Egypt's first democratically elected president, on July 3 after mass protests against his regime.

The army also suspended the constitution and installed Mansour, the head of Egypt's constitutional court, as interim president.

Since Morsi's overthrow, thousands of his supporters have been staging daily demonstrations and sit-ins to demand his reinstatement.

Mansour hailed the 1952 revolution that ended monarchy in Egypt in a bloodless coup.

"The July 23 revolution is very dear in the hearts of all Egyptians; it is one of the greatest revolutions, not only for Egypt. It was an extension to popular revolutions against tyranny."

Mansour admitted that there had been mistakes during the July revolution.

"But our condemnation of the mistakes does not mean that we should take revenge from the past," he said. "Rather, we should learn from these mistakes in order to avoid repeating them."