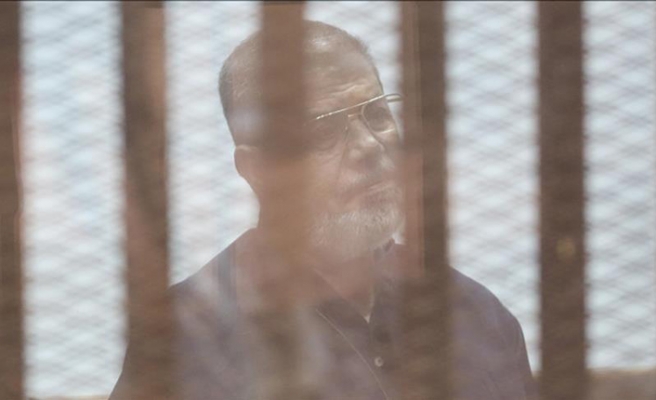 The Egyptian authorities have recently allowed the family of jailed former president Mohamed Morsi to visit him, a lawyer for the latter said Friday.

According to the lawyer, the visit had included Morsi's wife, Najlaa Ali; sons Omar, Abdullah and Ahmed; and daughter Shaimaa.

Following the 25-minute visit, Ahmed, Morsi’s eldest son, told Anadolu Agency: “My father is in good condition. His morale is high and he remains firm in his positions.”

He went on, however, to lament what he described as the lack of adequate healthcare for his incarcerated father.

The Egyptian authorities were not immediately available for comment. But they typically say that all prisoners are provided with sufficient healthcare without discrimination.

Morsi has only had four familial visits since he was ousted from office in a 2013 military coup -- after only one year in power -- and thrown behind bars.

The first of these, which included lawyers and family members, took place at the Burj al-Arab prison in late 2013.

In 2017, there were two more visits: one in June (including his wife, daughter and lawyer Abdel-Maqsoud) and a second (including only his lawyer) in November.

Under Egyptian law, every prisoner has the right to a visit at least once a month. Morsi’s family, however, has repeatedly said that they have been routinely prevented from visiting him by the authorities.