Foreign Minister-designate Nabil Fahmi asserted Sunday that the Ethiopian dam issue will top his agenda in the coming period. 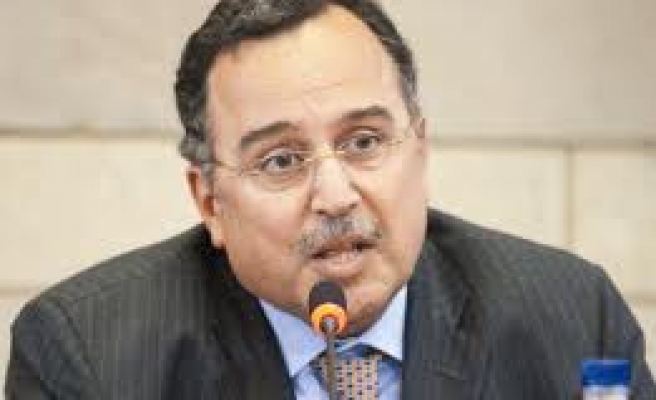 Foreign Minister-designate Nabil Fahmi asserted Sunday that the Ethiopian dam issue will top his agenda in the coming period.

Ethiopia unexpectedly announced in May changing the Blue Nile route as part of Renaissance dam project, which Egypt fears would affect its share of the Nile water.

Fahmi, who served as Egypt’s ambassador to the US between 1999 and 2008, said earlier today that Prime Minister-designate Hazem Biblawi offered him the top diplomat job and he accepted.

Biblawi was asked to form a new government by interim President Adly Mansour, who was sworn in under a roadmap by the powerful army that ousted elected President Mohammad Morsi and suspended the constitution.

dear minister, whether it is TOP agenda or not Ethiopia is not a place where ite people fight to each other on the basis of etinicity. where your country & its ally used to arm. today is not 1980s or 1990s. today is 2013. ethiopians are more aware more concience. stand in unity for their benefit keep in mind others benefit also. please think in your agenda the issue of equality.