The 34-member cabinet, under Prime Minister Hazem al-Beblawi, is largely made up of technocrats and opponents of deposed President Mohamed Morsi. 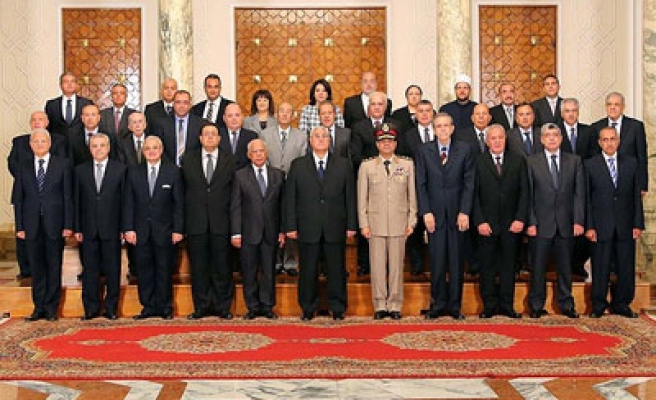 The 34-member cabinet, under Prime Minister Hazem al-Beblawi, is largely made up of technocrats and opponents of deposed President Mohamed Morsi.

Among the new cabinet appointments are a number of members of the National Salvation Front (NSF), the main opposition bloc against Morsi.

NSF leader Ahmed al-Borei was chosen as social solidarity minister while Munir Fakhri Abdel-Nour, another leading NSF member, was tapped for the trade and industry portfolio.

Six ministers from former premier Hisham Qandil's government retained their positions, including chief of the military and Defense Minister Gen. Abdel Fattah al-Sisi and Interior Minister Mohamed Ibrahim, along with the ministers of tourism, communications, electricity and military production.

The new cabinet contains a number of new technocrat ministers, including Ashraf al-Arabi, who was tapped for planning minister after having held the same portfolio under Morsi, and Nabil Fahmi, a former ambassador to Washington under Hosni Mubarak, who was chosen as foreign affairs minister.

Notably, the new government does not include a single Islamist figure after the Muslim Brotherhood refused to join the political process to protest the military coup against Morsi.

Morsi, Egypt's first democratically elected president, was removed from office on July 3 within the context of an army-imposed political roadmap following massive protests against his regime.

Under the army plan, the constitution was suspended and the head of Egypt's constitutional court was installed as interim president.

Thousands of Morsi loyalists, meanwhile, have been staging daily protests nationwide to demand his reinstatement.

At least seven people were killed and scores injured late Monday in clashes between Morsi's supporters and opponents in Cairo and Giza.