Egypt's Sabahi calls for release of prisoners of conscience

Egyptian leftist politician Sabahi called for the release of prisoners of conscience. 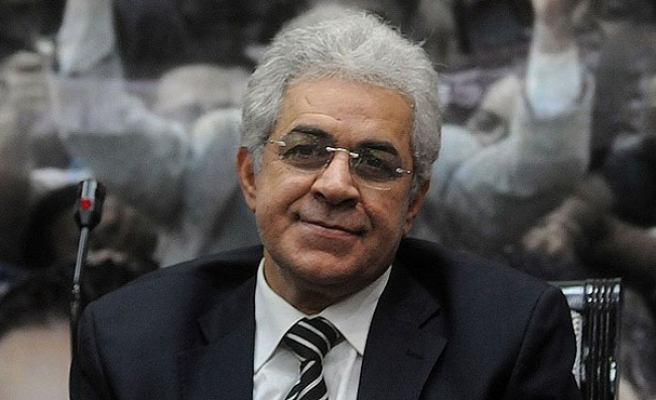 Egyptian leftist politician Hamdeen Sabahi called on Wednesday for the release of what he called "prisoners of conscience", days after he announced he would run for president..

Since Mohamed Morsi was deposed, thousands of his supporters have been killed and arrested in a crackdown on the Muslim Brotherhood.

Some well-known secular dissidents have also been jailed in recent months for protesting without permission.

"At the moment there are real prisoners of conscience in Egypt," Sabahi said in an interview with a privately-owned television channel.

"I demand that those leave in freedom in the style appropriate for a country under the rule of law."

Sabahi, 59, came third in the 2012 presidential election won by Morsi. At the time, the left-wing candidate built a big following among voters, using a popular touch to beat candidates with better funded campaigns.

Field Marshal Abdel Fattah al-Sisi, the army chief who ousted Morsi, has yet to announce his candidacy, but is widely expected to win the presidency easily. The interim government has declared the Brotherhood a "terrorist organisation."

Secular activists arrested last month on the third anniversary of the revolt against Mubarak say they have been tortured, some with electric shocks, relatives and lawyers who have seen them said. The Interior Ministry denied any abuses.

"The children of the revolution are imprisoned and the corrupt of the Mubarak regime have reappeared and these two things create feelings of fear."

Also on Wednesday, the public prosecutor sent 143 people to trial on charges of involvement in an attack on a police station in Kerdasa near Cairo in August in which at least 11 policemen were killed.

Hamdeen Sabahi described army chief Abdel-Fattah al-Sisi as a "strong contender" in Egypt's upcoming presidential election, insisting that the poll results are not decided yet.

"Al-Sisi will be a strong rival in the presidential election because he enjoys a strong popularity," Sabahi told private ONTV channel.

Earlier this week, Sabahi, the founder of the Popular Current, announced plans to run in Egypt's upcoming presidential election.

On Wednesday, Sabahi said he sought to hammer what he called "national partnership" based on a revolutionary program with al-Sisi.

"But I received no reply that makes me support al-Sisi and convince my supporters [to back the man]," he said.