Al-Sisi said the decision to raise fuel prices could not be delayed further, arguing that the decision should have been taken earlier so that Egypt would not be so dependent on loans. 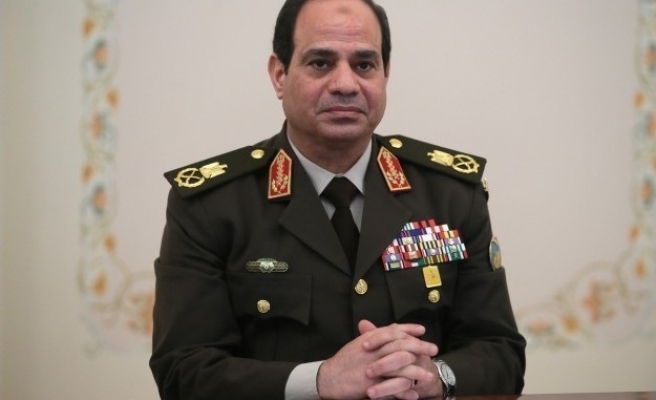 Egyptian President Abdel-Fattah al-Sisi on Monday defended his government's latest decision to raise fuel prices, saying the move was needed if Egypt is to bridge a yawning budget deficit.

Al-Sisi said the deficit amounted to 300 billion Egyptian pounds (almost $42 billion) in the 2014/15 budget, which was presented to him by the government a few days ago.

"Egypt's total debts stood at 1.2 trillion Egyptian pounds three years ago," al-Sisi said in a televised address to mark the 41st anniversary of the 10th of Ramadan (October 1973) military victory over Israel.

"I say this so that both the poor and the rich can realize the enormity of our country's problems," al-Sisi said. "Everybody must realize that he has a role to play."

Al-Sisi said the decision to raise fuel prices could not be delayed further, arguing that the decision should have been taken earlier so that Egypt would not be so dependent on loans.

The Egyptian president said that, despite the price hikes, his government still needed to borrow an additional 250 billion pounds (around $34.9 billion) in order to bridge the budget deficit.

"I would not be a God-fearing person if I did the same," al-Sisi said, going on to say that he took tough decisions to realize genuine reform in Egypt and create jobs for youth.

Al-Sisi's government says it will save around 51 billion Egyptian pounds (around $7.14 billion) for the state treasury by raising fuel prices.

The decision, however, has led to a sharp increase in the prices of commodities and transport. Some merchants have even raised commodity prices by 100 percent.

Making things worse for limited-income Egyptians, the government also raised tariffs on electricity consumption and cigarette prices. It also seeks to apply a real estate tax that was suspended six years ago.

In an apparent reference to the Muslim Brotherhood, the group from which ousted president Mohamed Morsi hails, al-Sisi warned that some people were ready to destroy his country.

"They work hard to do this, believing that they are waging a holy war," al-Sisi said.

The Brotherhood has staged almost daily protests against Morsi's ouster for the last year. Thousands of Brotherhood members and supporters, meanwhile, have been thrown in jail on charges of violence.

Morsi himself is now in jail facing multiple charges, which he says are politically motivated, including jailbreak and espionage.

Al-Sisi warned that religion was being used as a tool to destroy the countries of the Middle East, going on to urge the United States, Russia, China and the European Union to be aware of the threat.