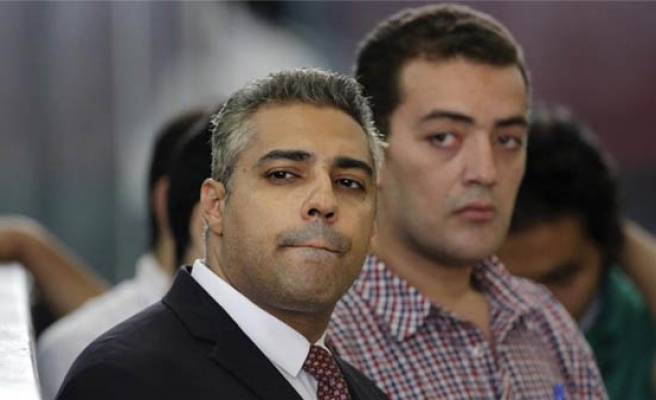 Mohamed Fahmi and Baher Mohamed were both pardoned by a presidential decree, along with scores of other activists jailed for violating Egypt’s anti-protest law.

Fahmi – a Canadian national who has renounced his Egyptian citizenship – and Mohamed were both slapped with three-year jail terms earlier this month after being convicted of “spreading false news” and having links to the outlawed Muslim Brotherhood group.

A third Al Jazeera reporter – Australian Peter Greste, who was deported to his home country in January – was also sentenced to three years in jail on a similar raft of charges.

Mohamed was given an additional six months – and slapped with a monetary fine – for having been found in possession of “a spent bullet casing”.

The three reporters were originally detained in Cairo in 2013 shortly after the Egyptian authorities branded the Brotherhood – the group from which former President Mohamed Morsi hails – a “terrorist” organization.

A number of western governments and rights groups had called for the journalists' release amid an international solidarity campaign led by Al Jazeera.

The Egyptian government accuses Qatar-based Al Jazeera of harboring bias in favor of the Muslim Brotherhood – an allegation the channel denies.

For the last two years, relations between Cairo and Doha have been tense due to the latter's criticisms of Morsi's ouster by the military in mid-2013.