Egyptian foreign ministry did not give details about the message's content 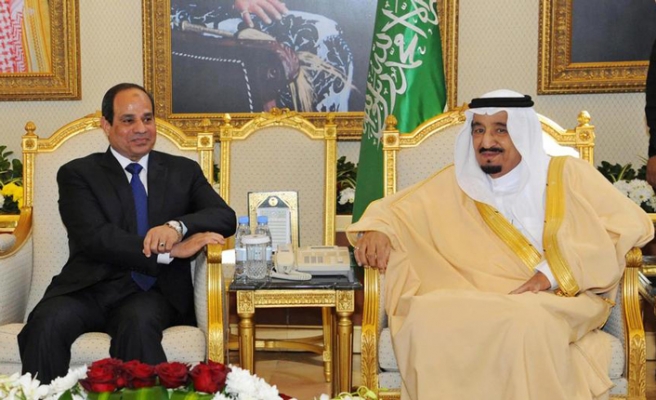 Egyptian President Abdel-Fattah al-Sisi has sent a message to Saudi King Salman bin Abdulaziz, according to the foreign ministry on Tuesday.

In a statement, the ministry said the message was delivered by Foreign Minister Sameh Shoukri during his meeting with the Saudi monarch in Riyadh.

It, however, did not give details about the content of the message.

Saudi Arabia’s SPA news agency confirmed that the Saudi king had received a message from the Egyptian leader, without giving any further details.

Saudi Arabia has been facing international outcry after the killing of Saudi journalist Jamal Khashoggi at the Saudi Consulate in Istanbul.

Khashoggi, a columnist for the Washington Post, was last seen on Oct. 2 when he entered the Saudi consulate in Istanbul.

After days of denying any knowledge of his whereabouts, Saudi officials last week admitted that Khashoggi had died inside the consulate.

Since then, King Salman has sacked the deputy head of the Saudi intelligence agency (along with a top aide), while also ordering the arrest of 18 suspects in the case.

On Sunday, Saudi Foreign Minister Adel al-Jubeir admitted that Khashoggi had been killed inside the consulate, but insisted that Mohamed bin Salman -- Saudi Arabia’s high-profile crown prince -- had not been aware of it.

Al-Jubeir has also posited the notion that Khashoggi’s presumed murder was a “rogue operation” carried out by individuals who exceeded their responsibilities and later tried to cover things up.