Abdel-Fattah al-Sisi headed to Saudi Arabia to inquire after the health of King Abdullah ibn Abdelaziz, the Egyptian Presidency has said 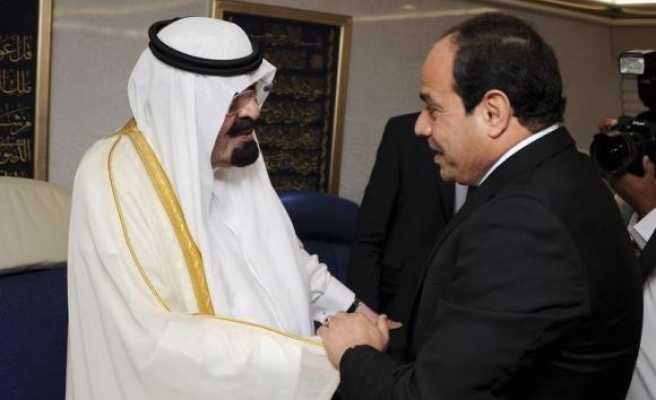 Egypt's President Abdel-Fattah al-Sisi headed to Saudi Arabia on Monday to inquire after the health of King Abdullah ibn Abdelaziz, the Egyptian Presidency has said.

"President al-Sisi left Abu Dhabi Monday [after a two-day visit] and he is scheduled to make a stop in Saudi capital Riyadh on his way back to Egypt to inquiry after the heath of King Abdullah bin Abdelaziz," the Presidency said in a statement.

Last month, the Saudi Royal Court said that the king was admitted to the hospital to undergo medical examinations.

The 90-year-old ruler was diagnosed with pneumonitis, making it necessary for hospital doctors to provide him with a tube to allow him to breathe.

King Abdullah underwent back surgery in November of 2012 – his fourth surgery within two years.

Since then, he has absented himself from several major events, including the latest Gulf Cooperation Council summit in Qatari capital Doha. The Saudi delegation to the summit was headed by Crown Prince Salman.

King Abdullah, who took over in 2005 following the death of his brother, the late King Fahd, is currently the Arab world's oldest ruler.