The deaths have risen the toll to 72 Gazans killed by Israel's "Operation Protective Edge". 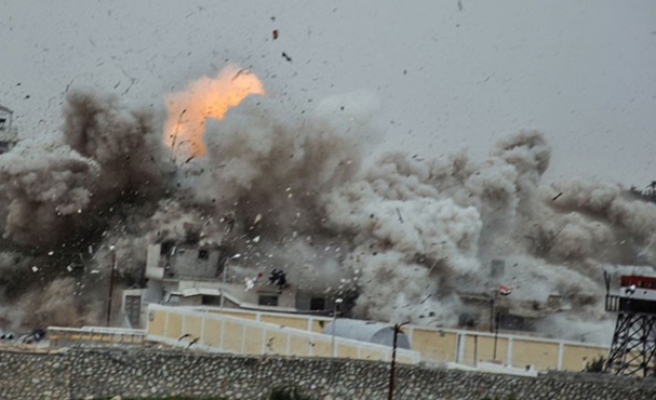 The the death toll from Israel's military onslaught on the Gaza Strip has risen to 72 Palestinians who have been killed by Israel since Monday, according to medical sources.

According to Palestinian security sources, Israeli warplanes have conducted more than 750 strikes against Gaza targets during the same period.

Palestinian factions have, for their part, fired nearly 320 rockets into Israeli cities and towns since Wednesday, added the sources.

Israel has launched a military offensive – dubbed "Operation Protective Edge" – with the stated aim of staunching rocket fire from Gaza.

Egyptian authorities will open the Rafah crossing with the Gaza Strip on Thursday to allow Palestinians wounded in the ongoing Israeli onslaught on the Gaza Strip to receive treatment in the country, according to the Palestinian Embassy.

In a statement late Wednesday, the embassy said a delegation from the Egyptian Health Ministry will travel to Rafah to receive the wounded.

"They doctors will be staying for three days, but the assignment will be renewed automatically until the Gaza crisis ends," he told Anadolu Agency.

Egypt has been closing the Rafah border crossing, Gaza's only window to the outside world beyond Israel's control, since last year's ouster of Mohamed Morsi – the country's first freely elected president – by the army.

Egyptian authorities only open the crossing on exceptional basis and for limited periods of time.

Khaled Meshaal, head of Hamas' political office, has called on Arab and Islamic countries – especially Egypt – to rally in support of the Palestinian people.

"Ramadan has always been a month of victory," Meshaal said in a televised address. "The tenth of Ramadan [1973] was a day of victory for Egypt and its great army [over Israel], to whom we look for support."

Meshaal, who is based in Qatari capital Doha, rejected a peace settlement with Israel, blaming the self-proclaimed Jewish state for starting the aggression.

"The Palestinian resistance and people have the right to defend themselves," Meshaal said.

"To those who want to impose peace for peace's sake, I say: Ask [Israeli Prime Minister] Benjamin Netanyahu to change his policies and stop the crimes he is committing everywhere in Palestine," he added.

Meshaal said the Palestinian resistance would continue to shoulder its responsibility to defend Palestinian land – even if it did so alone.

"We aren't threatening anybody, but we have the right to defend ourselves," Meshaal asserted. "The Israelis can only blame themselves and their leaders [for any subsequent violence]."

Palestinians said Israel has targeted more than 70 homes in its offensive. The Israeli military said on Wednesday it had bombed 550 Hamas sites, including 60 rocket launchers and 11 homes of senior Hamas members. It described those dwellings as command centres.

Israel said it attacked 326 targets in Gaza on Wednesday, including concealed rocket launchers, tunnels suspected of being intended for armed cross-border infiltrations, training bases, and weapons storage and production facilities.

In an attack after darkness fell, Israel targeted a car marked as a media vehicle of a Gaza website that had the letters "TV" on it. It killed the driver, medical officials said.

Israeli leaders, who have popular support for the Gaza offensive, have warned the campaign may be lengthy and expand into a ground invasion of one of the world's most densely populated territories.

Prime Minister Benjamin Netanyahu's security cabinet has approved the potential mobilisation of up to 40,000 reserve troops.

Palestinian President Mahmoud Abbas, who is based in the Israeli-occupied West Bank, denounced the offensive on Wednesday.

"This war is not against Hamas or any faction but is against the Palestinian people," said the Western-backed Abbas, who entered a power-sharing arrangement with Hamas in April after years of feuding.