Extra government troops had been sent to defend the ministry building and shooting began after the Republican Guard soldiers surrounded it, the source said. 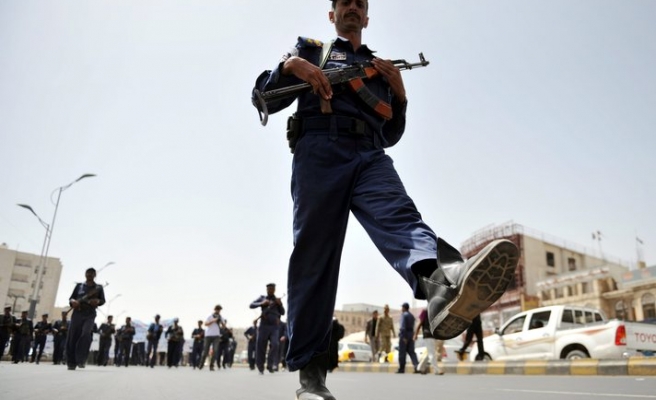 Clashes broke out in Sanaa on Tuesday between Yemeni troops and about 200 members of the elite Republican Guards who surrounded the Defence Ministry in a direct challenge to a presidential reorganisation of the military, an army source said.

Extra government troops had been sent to defend the ministry building and shooting began after the Republican Guard soldiers surrounded it, the source said.

Residents said they had seen armoured vehicles in the area and heard heavy gunfire. "Gunshots were coming from everywhere, we don't know who is shooting at whom, the whole area is blocked," saidMohammed Ali, a taxi driver who was near the area when the fighting started.

"Fighting broke out between the forces that are securing the Defence Ministry and members of the Republican Guards," the army source said. There were no immediate reports of casualties.

Last week, President Abd-Rabbu Mansour Hadi transferred the command of some Republican Guardsunits to a newly formed force called the Presidential Protective Forces, under his authority. Other units were placed under a different regional command.

The Guards members' action was a direct challenge to the authority of Hadi, and reflected the continuing turmoil in Yemen six months after Saleh stepped down to end months of protests against his 33-year rule and was replaced by Hadi, his deputy.

Hadi left Sanaa on Monday to attend a regional summit on Syria in Saudi Arabia.