EU warns against 'provocation' at Al-Aqsa 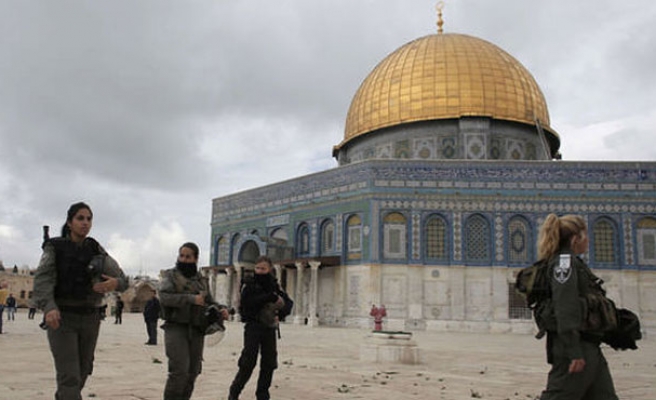 The EU warned Tuesday against any "provocation" at Jerusalem's Al-Aqsa mosque as Israeli security forces assault the compound for a third day.

"The reported violence and escalation (at the site) constitute a provocation and incitement" ahead of important Jewish and Muslim holy days, European Commission spokeswoman Maja Kocijancic told reporters in Brussels.

"It is crucial that all parties demonstrate calm and restraint and full respect for the status quo of the holy sites," Kocijancic said.

The 28-nation EU had recently "issued an appeal for full respect of the holy sites and said very clearly that any change of the status quo would have deeply destablising effects," she added.

The site is the third-holiest in Islam but also venerated by Jews as the Temple Mount, the holiest site in Judaism.

Protesters fear Israel is seeking to change rules governing the site which allow Jews to visit but not pray, despite Israeli denials.

The EU is part of the Middle East Quartet seeking a diplomatic solution to the Israeli Palestinian conflict, along with the United States, the United Nations and Russia.

The UN and US have urged restraint on both sides amid the latest clashes, while Jordan, which has custodianship rights over Muslim holy places in Jerusalem under its 1994 peace treaty with Israel, has warned that ties were at stake.