Ashton's visit is the second by a high-level western official since the army's ouster of elected Morsi as US Deputy Secretary of State William Burns left Cairo early on Tuesday after concluding the first visit. 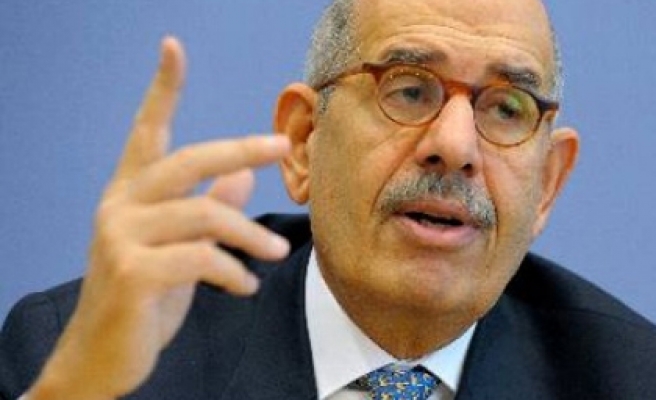 Catherine Ashton, the High Representative of the EU for Foreign Affairs and Security Policy, met on Wednesday with interim President Adly Mansour as part of her first visit to Egypt since the ouster of elected president Mohamed Morsi.

The half-hour meeting discussed the latest developments and the army’s roadmap for post-Morsi Egypt, a diplomatic source with the EU told Anadolu Agency.

She is due to meet later with Defense Minister Gen. Abdel Fattah al-Sisi and then Prime Minister Hazem al-Biblawi and Foreign Minister Nabil Fahmi.

It subsequently suspended the constitution and named Mansour, the head of Egypt's constitutional court, as interim president.

Thousands of Morsi supporters have since taken to the streets nationwide in mass demonstrations and sit-ins to defend his legitimacy and demand his reinstatement.

In a statement on Sunday, Ashton said the EU was following recent developments in Egypt "with deep concern".

She said the Egyptian army "must accept and respect the constitutional authority of the civilian power."

"It is of utmost importance that Egypt returns rapidly to a legitimate government and democratic structures responding to the democratic and socio-economic aspirations of the Egyptian people," she said.

Ashton's visit is the second by a high-level western official since the army's ouster of elected Morsi.

US Deputy Secretary of State William Burns left Cairo early on Tuesday after concluding the first visit by a senior US official since the overthrow of Morsi.