"To label a resistance group which has campaigned against invasion and occupation and has a legal presence with the people's support in the government of Lebanon shows it is based on loose logical foundations," Iranian Foreign Minister Ali Akbar Salehi said. 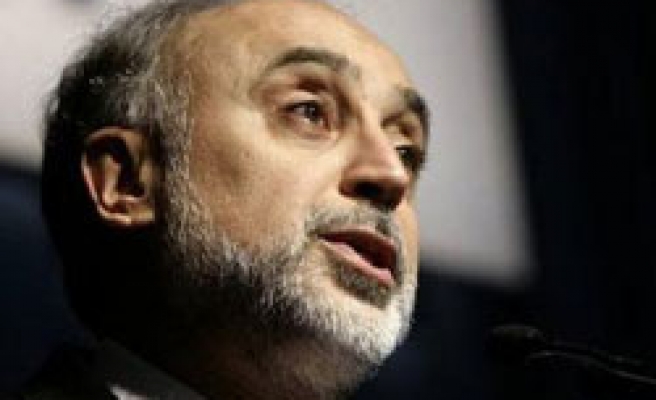 Iran condemned on Tuesday the European Union's decision to put the armed wing of Lebanese group Hezbollah on its terrorism blacklist and said the move was "contrary to all political and legal norms, surprising and unacceptable".

Hezbollah was set up with the help of Iranian funds and military advisers some three decades ago and, along with Syria, is still Tehran's most important ally in the region, positioned as it is on the "frontline" with Iran's sworn enemy Israel.

Pressed by Britain and the Netherlands, the European Union blacklisted Hezbollah's military wing on Monday over accusations it was involved in a bus bombing in Bulgaria that killed five Israelis and their driver a year ago, and its deployment of thousands of fighters to help Syrian President Bashar al-Assad turn the tide of Syria's civil war.

Many EU capitals had previously resisted lobbying from Washington and Israel to blacklist the group, warning such a move could fuel instability in the Middle East, especially in Lebanon where Hezbollah is part of the Lebanese government and has dominated politics in Beirut in recent years.

"This action was accomplished with the direction of some influential members of the European Unionand is contrary to all political and legal norms, surprising and unacceptable," he said.

Israel, which welcomed the EU decision, would be the main beneficiary, the Iranian foreign minister said.

"This action will be to be benefit of the illegitimate Zionist regime and its supporters."

While there may be a softening of Iran's tone towards Israel once outgoing hardline Iranian President Mahmoud Ahmadinejad is replaced with moderate President-elect Hassan Rouhani on Aug. 4, Tehran's official hostility to the Jewish state is very unlikely to change.