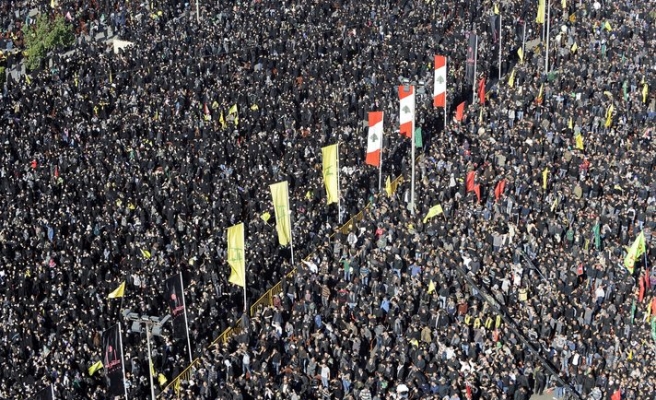 The decision by EU governments to list Hezbollah's armed branch as a terrorist organization would not weigh heavily on the militant group, sources close to Hezbollah have said.

Speaking on the condition of anonymity, the sources said the group has long been subjected to economic sieges, which motivated it to take measures, leaving the decision uneffective in economic terms.

"There is no doubt that those who sided with the enemy Israel in July 2006 stood against us in this decision, and will take every chance to oppose us," sources said, referring to the month-long Israel-Hezbollah War seven years ago that killed more than 1,500 and injured over 5,000.

Hezbollah has not yet commented on the decision.

EU foreign ministers moved on Monday to declare the military branch of Hezbollah a terrorist organization.

Hezbollah's engagement in the Syrian civil war seems to have been an important factor in the EU's decision, the Anadolu Agency correspondent says.

The Lebanese government on Friday had called on the EU not to go ahead with the move, calling Hezbollah's armed branch an "essential part of the Lebanese society."

It will take several weeks for the 28-member bloc to lay the legal groundwork for the decision. In the meantime, Hezbollah may apply to the European Court of Justice in an effort to have it canceled, the AA correspondent says.

The decision allows potential asset freezes and travel bans against Hezbollah members, while EU police agency Europol can now be authorized to coordinate operations against the organization.