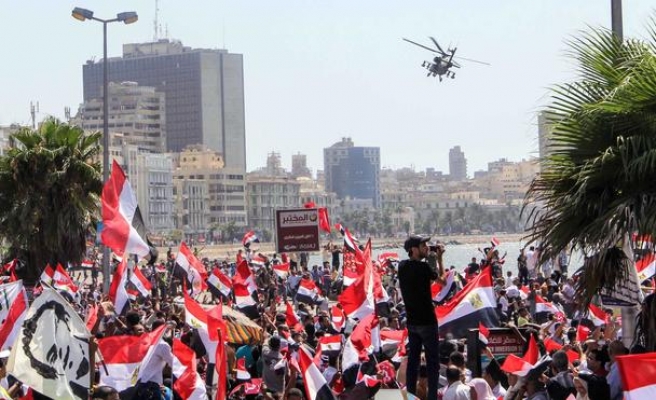 Philip Giraldi, a former CIA officer, has written an article about military coup in Egypt and its relationship with Gulf countries before four months.

Reminding Egypt’s economic problems, Girald said, "This in turn is producing a revolt of the middle class—which supported genuine reform after the ouster of President Hosni Mubarak—as well as of the proletariat and working class, which have seen declines in already marginal standards of living and have been on the receiving end of brutal police crackdowns that have included well-documented instances of torture both in Cairo and in the economically significant governorates adjacent to the Suez Canal."

He points out destined money by saying, "Washington has evidence that as much as a billion dollars has been clandestinely introduced into Egypt since the June presidential election. The money has gone to some organizers of the riots taking place, including junior Army officers in mufti, to force the regime to react with excessive force and lose what little legitimacy it retains—which is precisely what has happened."

Meanwhile, he expresses that the "So who is behind the unrest? The money fueling the confrontation comes from Saudi Arabia and the Gulf States, none of which are enamored of the Muslim Brotherhood or Morsi. They fear that the untidy democracy, such as it is, in Egypt and elsewhere amid the Arab Spring could spill over to their states, and they desire a return to something like the military-backed regime of Mubarak, which was politically reliable and dedicated to suppressing political extremism and even dissent in all forms. A government of national unity, backed by the army, that would give lip service to democratic institutions would be just fine."

"The U.S. government is aware of how the money flowing into Egypt is being used, and it too disapproves of the messy democracy in Egypt." he stressed.