Former Iran president Mohammad Khatami called for all political prisoners in Iran to be freed. 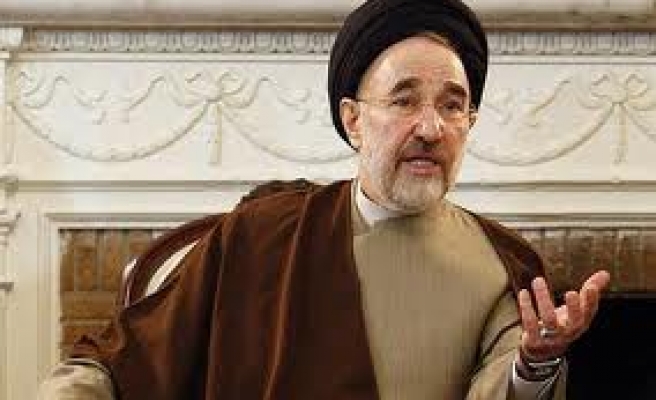 Reformist former president Mohammad Khatami called for all political prisoners in Iran to be freed following a decision to pardon 80 people in an easing of the Islamic Republic's strict security policies.

The pardons were in keeping with moderate President Hassan Rouhani's pledge to loosen a repressive security grip that Iranians say has been prevalent since the 2009 re-election of his hardline conservative predecessor Mahmoud Ahmadinejad.

In comments published on his official website, Mohammad Khatami, who was president from 1997 to 2005, welcomed the pardons announced on Monday but said they did not go far enough.

"I am happy about this news but I say why this number? I should say all, unless someone has truly committed a crime and has been found guilty in a competent court. Many of them haven't done anything; many of the charges were wrong," Khatami said.

Given that he is an influential voice among moderates, his call will add to the weight of expectation on Rouhani to push for the release of more political prisoners and two top opposition leaders under house arrest for more than two years.

On Monday, judiciary spokesman Gholam-Hossein Mohseni-Ejei said the 80 pardoned included some arrested over major unrest that erupted after Ahmadinejad's re-election, which opposition leaders say was rigged, a charge the authorities deny.

Without naming them, Khatami appeared also to call on authorities to free two opposition leaders, Mir Hossein Mousavi and Mehdi Karoubi, who have been under house arrest for over two years over what authorities refer to as "the 2009 sedition".

"Everyone should make efforts for house arrests to be lifted," said Khatami, whose reformist constituency helped Rouhani pull off a landslide election victory in June. "Steps should be taken in this direction."

Since Rouhani took office on Aug. 3, the house arrest conditions for Mousavi and Karoubi are reported to have eased through better access to doctors and more family visits.

In an interview with Reuters, Sotoudeh said she believed Karoubi and Mousavi would be freed soon as well.