Nour, a liberal politician and former lawmaker, tweeted that Sisi should withdraw his call for protests on Friday or “should resign, shed his military uniform and work in politics.” 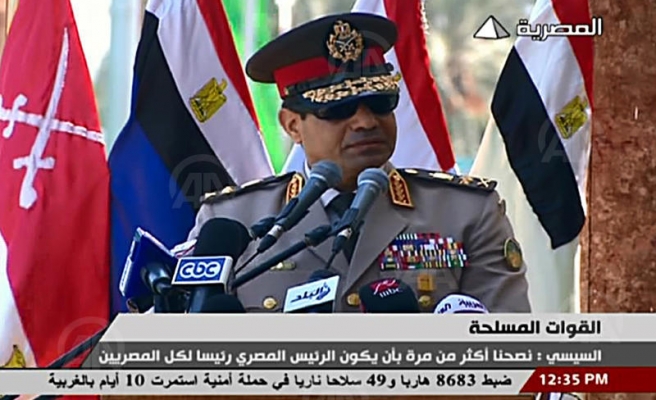 “We ask Sisi to withdraw his call,” Nour, a liberal politician and former lawmaker who stood in the 2005 presidential elections against topped president Hosni Mubarak, tweeted.

“Otherwise, Sisi should resign, shed his military uniform and work in politics.”

"I'm asking the Egyptian people to go out like they did on June 30 and July 3," al-Sisi had said in a televised address at a graduation ceremony for military cadets.