Saleh calls on Yemenis to 'rise up' against Houthi rebels 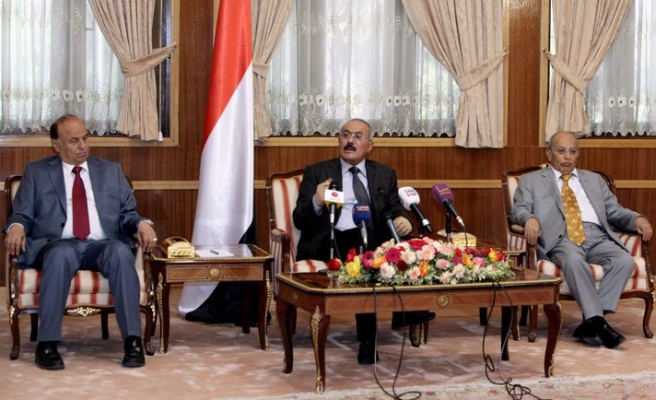 "I call on our brothers and the Arab coalition to halt their aggression, allow access to medical and relief aid, open airports and we will turn the page,” Saleh said in a televised speech.

"We vow to our brothers and neighbors that, after a ceasefire is in place and the blockade is lifted ... we will hold dialogue directly through the legitimate authority represented by our parliament,” he said.

Saleh’s call comes amid street fighting between his loyalists and Houthi rebels across the capital Sanaa.

The former president, who ruled Yemen for more than three decades and was forced to step down in 2012 by street protests, called on Yemenis to “rise up” against the Houthis.

“I call on our people and the armed forces in Yemen to rise up to defend the revolution, the republic, unity and freedom against those elements who usurped the wealth of the people,” he said.

He also accused the Houthis of “terrorizing” civilians.

“Our country is under aggression and the Houthis are the cause of this aggression because of their practices,” he said.

Houthis and Saleh loyalists jointly overran Sanaa and much of the country in 2014, forcing the internationally recognized government of President Abd Rabbuh Mansour Hadi to flee to Saudi Arabia.