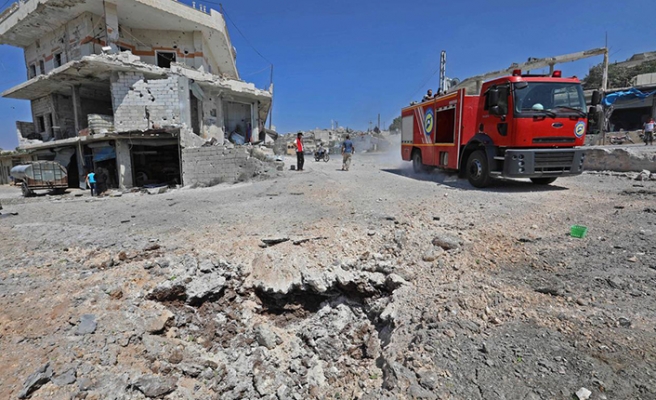 At least three civilians were killed and 25 others wounded on Saturday in an explosion at a gas station in the northwestern Syrian province of Aleppo.

The explosion hit Aleppo’s Azaz district, near the Turkish border, according to an Anadolu Agency correspondent at the scene.

A number of nearby buildings, as well as cars, were also damaged in the explosion.

Those who were seriously wounded were rushed to a state hospital in Turkey's southern Kilis province.

The cause for the explosion has not yet been determined.

The death toll is feared to rise.

Azaz was liberated by Turkey from the threat of terrorism in early 2017.