An image sweeping the internet apparently showing Syrian opposition fighters stoning a girl to death for having a Facebook account has been revealed to be a screenshot from an Iranian movie. 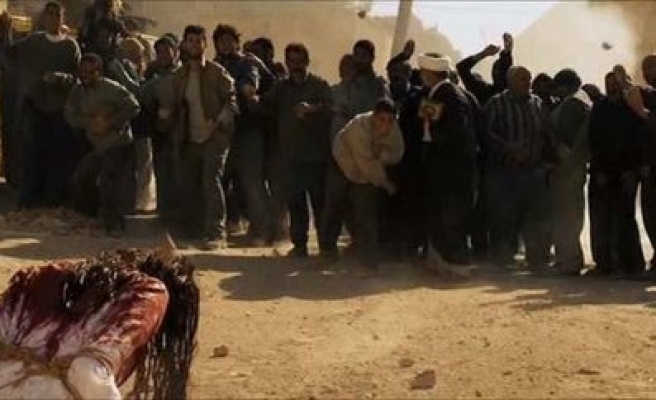 Honest journalism is never easy during a war, especially in an environment like that of Syria, where misinformation and propaganda are used as rallying tools both inside and outside the country.

As well as a battle for land, resources and strategic posts, there is also a battle within the media between the Assad regime and the opposition. One such cheap shot that has been taken by Assad regime allies is the publishing of an image which appears to show a girl being stoned to death by opposition soldiers for having a Facebook account.

However, on closer inspection, the image is found to actually be a screenshot from a movie called 'The Stoning of Soraya M.' The image, which was originally published by the Assad allied Fars News Agency, was used to manipulate perceptions of the opposition by appealing to old-fashioned Islamophobic and Orientalist sentiments.

The image was picked up by the likes of iCNN, The Daily Mail, Breitbart, Tundra Tabloids, Examiner, India Today, Global Times, Israel Hayom, Daily Bashkar, FrontPageRag and many other websites and news agencies.

This amatuer mistake raises questions of the reliability of mainstream media organs in their professional approach to journalism and portrayal of events from around the world.