Fiji says peacekeepers held in Golan to be released soon

The head of Fiji's army told reporters that the group had dropped all of its demands and that no conditions had been placed on the peacekeepers' release. 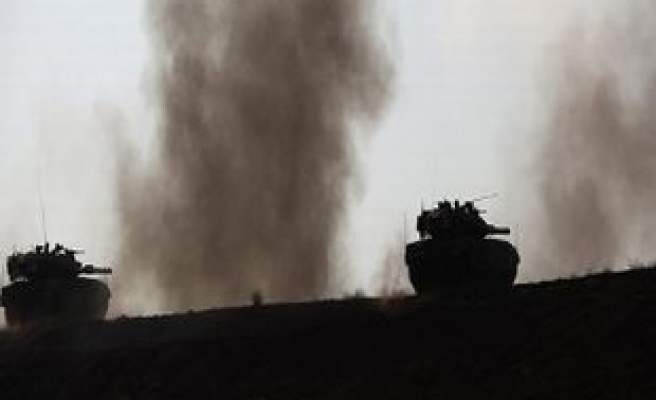 The head of Fiji's army said on Wednesday that he expected 45 Fijian U.N. peacekeepers seized two weeks ago on the Golan Heights by the Nusra Front to be released within days.

"Al Nusra has confirmed to the U.N. headquarters in New York that the Fijian peacekeepers will be released within the next few days," Brigadier General Mosese Tikoitoga told a news conference in the Fijian capital, Suva.

Syria's three-year civil war reached the frontier with Israeli-controlled territory last month when fighters overran a crossing point in the line that has separated Israelis from Syrians in the Golan Heights since a 1973 war.

The fighters then turned on the U.N. blue helmets from a peacekeeping force that has patrolled the ceasefire line for 40 years. After the Fijians were captured, more than 70 Filipinos spent two days besieged at two locations before reaching safety.

The Nusra Front, a Syrian affiliate of al Qaeda, had a list of demands including compensation for fighters killed during the confrontation, humanitarian assistance for its supporters and its removal from the U.N. list of terrorist organisations.

Tikoitoga told reporters that the group had dropped all of its demands and that no conditions had been placed on the peacekeepers' release.

But the government seemed to back away at least slightly later in the day, saying that negotiations on the specifics of the release were still ongoing.

"Fiji's Ambassador-At-Large Major General Ioane Naivalurua says that all efforts to release the Fijian peacekeepers are continuing," the government said in a statement on its Facebook page.

A senior U.N. official, speaking under the condition of anonymity, confirmed that the peacekeepers were likely to be released within days but contradicted reports that no conditions had been placed on their release.

The militant group had demanded as their sole condition that the Fijian commander produce a video saying that their troops had been protected, well treated and well fed during their captivity, the official told Reuters.

Tikoitoga declined a request from Reuters for further information about the negotiations.

Since independence from Britain in 1970, Fiji has sent more soldiers on U.N. peacekeeping missions than any other nation, on a per capita basis.

Fiji, a tropical idyll about 3,200 km (1,985 miles) east of Australia, has suffered four coups and an army mutiny since 1987, the latest in 2006 by Prime Minister Voreqe "Frank" Bainimarama, a former army chief.

Bainimarama resigned as commander-in-chief earlier this year in order to stand for the presidency in elections slated for later this month.

His government has been criticised by the U.N. human rights agency for abuses, including torture, carried out by a military regime comprised in no small part of former U.N. peacekeepers.

While it provides Fiji's stalled economy with much-needed hard currency, the demand for peacekeepers appears to have pushed the country to develop a far larger military than it needs, which has in turn inflated the army's role in domestic affairs, including four coups since independence and allegations of torture and human rights abuses.