First Russian planes fly out of Syria base 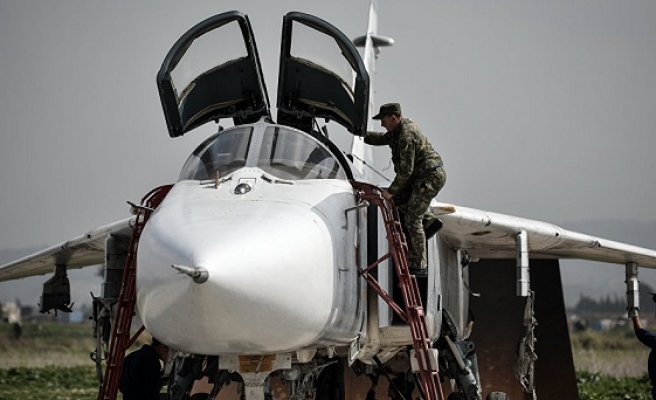 A first group of Russian military planes on Tuesday left Moscow's base in Syria heading for home after President Vladimir Putin's shock order to withdraw most of his forces from the war-torn country, the defence ministry said.

"The first group of Russian planes has flown out of the Hmeimim air base for their permanent bases on the territory of the Russian Federation," the ministry said in a statement, adding that they included Su-34 bombers and a Tu-154 transport plane.

The ministry said that aircraft would leave the air base in groups made up of one transport plane carrying technical personnel or equipment accompanied by Russian warplanes.

"Each group in this format will fly according to a prearranged route to the border of the Russia Federation and after crossing it all the planes will fly on independently to their own bases," the statement said.

Putin on Monday stunned the West by ordering the withdrawal of the main part of Russia's forces in Syria some five-and-a-half months after Moscow started its bombing campaign in support of long-time ally President Bashar al-Assad.

Russia's withdrawal came as fresh talks started in Geneva on the fifth anniversary of the start of the brutal five-year conflict in Syria that has cost some 270,000 lives.