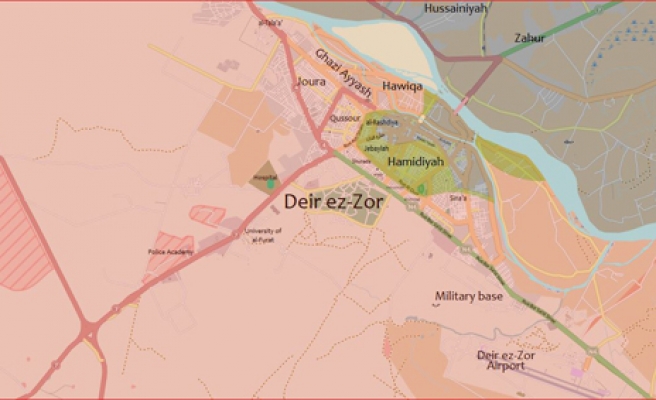 UNHCR spokesman Andrej Mahecic told a news conference in Geneva that access to the area only become possible last week.

About 93,000 people in Deir ez-Zour -- the largest city in eastern Syria -- had been trapped since 2014 until a siege by the ISIL terrorist group was ended. Before this, they were only reachable by air drops.

"As intense fighting around Deir ez-Zour and in Raqqa continues, the UNHCR reiterates its calls for the protection of the civilian population, their safe passage out of areas of conflict and respect for the principles of international humanitarian law," Mahecic said.

The onslaught left regime forces besieged in the city center, while ISIL remained in control of most of the countryside.

In early July, however, regime forces -- backed by Russia -- advanced into the center of the province from the west, effectively breaking ISIL's blockade.

At that point, regime forces halted their advance, using the Euphrates River as a natural barrier between them and the PKK/PYD.

Meanwhile, neither the U.S. nor Russia have issued any statements as to whether an agreement was struck between the two sides regarding their respective deployments in Deir ez-Zour.