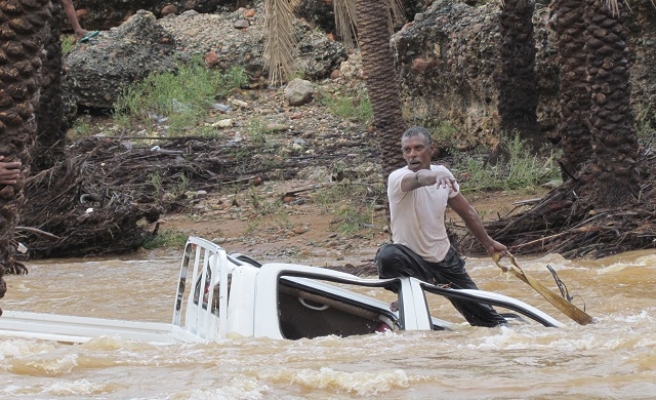 Five people, including two children, lost their lives, and at least 32 others were injured since Cyclone Chapala hit Yemen on Monday, officials said.

Earlier on Wednesday, Fahd Kafain, Minister of Fisharies, said that 43 homes have been completely destroyed and around 12,000 people in Yemen have been internally displaced after Cyclone Chapala pounded the country’s southern Hadhramaut province.

Numerous families in the province had to flee their homes due to severe winds and heavy rainfall. Hadhramaut’s coastal areas suffered serious flooding after the cyclone caused the sea level to rise by between four and eight meters.

Even before the arrival of Cyclone Chapala, war-torn Yemen had stood on the brink of humanitarian catastrophe. Yemen has remained in turmoil since September of last year, when Shia Houthi militants overran capital Sanaa and other parts of the country.

In March, Saudi Arabia and its Arab allies began an extensive air campaign aimed at reversing Houthi gains in Yemen and restoring the government of Abd Rabbuh Mansour Hadi.

Since Riyadh launched its air campaign, at least 2,615 Yemeni civilians have been killed and more than 5,000 injured, while the number of internally displaced people in the country has risen to some 2.3 million, according to UN figures.