The FJP, a formally independent party with strong ties to the Muslim Brotherhood, says aggression towards protesting civilians, politicians and press is an "act of violence." 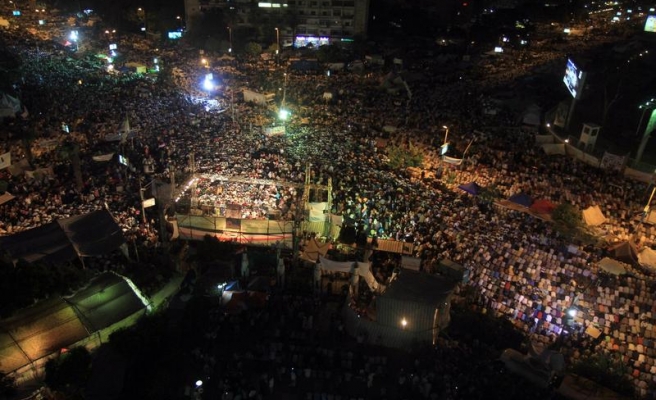 Freedom and Justice Party (FJP) has condemned the use of violence against supporters of Egypt's toppled leader Mohamed Morsi.

The party, which has remained the most popular in Egypt since a late 2011 parliamentary election that saw it get 47% of the vote, said in a written statement Friday that security forces' resorting to violence against pro-Morsi demonstrators was an "act of revenge".

On the other hand, it welcomed protests against the military coup across the country by millions of Egyptians, adding they would continue till Morsi is reinstated as president.

FJP is formally independent, but has strong ties with the powerful Muslim Brotherhood.

Unrest in Egypt in the aftermath of the military takeover has left 72 people dead and over 1,000 injured since June 30.

Twelve people were killed and 300 wounded in clashes between supporters and opponents of Egypt's ousted President Mohammad Morsi in the coastal city of Alexandria, medical sources told the Anadolu Agency.

The Health Ministry said three people were killed by gunshots in the head and chest in clashes outside the Republican Guards headquarters where pro-Morsi protesters were assembling.