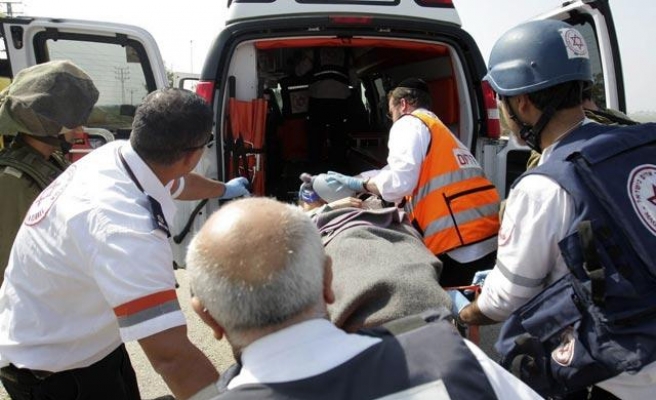 A statement from the police said a man had been arrested for the stabbings in the southern city Dimona, which they believed were racially-motivated.

Israeli newspaper Haaretz said the Israeli man was arrested after stabbing three Palestinians, less than an hour after he allegedly stabbed another Palestinian man in the same city.

Friday's attack followed seven stabbing attacks in East Jerusalem, the West Bank and Israel over the past two days, most allegedly by Palestinians, two of whom were shot dead by Israeli police.

A wave of violence has shocked the West Bank and Israel, with regular clashes between Palestinian youths and Israeli security forces, who have used tear gas, rubber-coated bullets and live fire to disperse protesters.

At least 30 Palestinian civilians have been killed this year after being shot by security forces or in attacks by Israeli settlers.

Two Israelis were killed in a knife attack in Jerusalem's Old City on Saturday and, two days earlier, an Israeli couple was shot dead in the West Bank.

While Israeli Prime Minister Benjamin Netanyahu has repeatedly accused Palestinian politicians of inciting the stabbings, Palestinian groups have said that Israel has not punished violence against Palestinians by security forces or settlers.